From the archive of photos formerly published on my Geocities website.
- 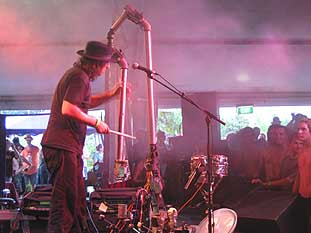 That 1 Guy. Pretty darn amazing, the sounds he got out of this pipe and techno-paraphernalia. 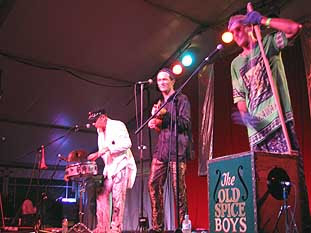 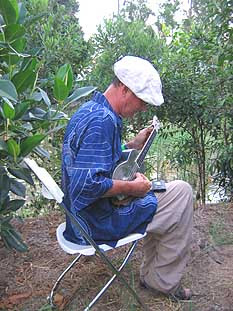 Phil tunes up, down and sideways. 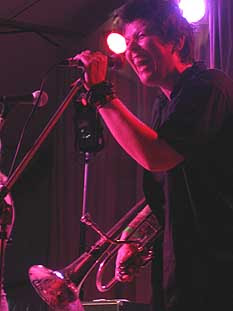 Mel, from the band 'Fruit' (tenor horn at the ready) , who was sporting a very contrasting haircut at the their next gig. 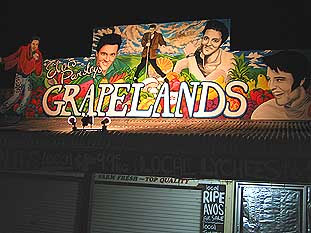 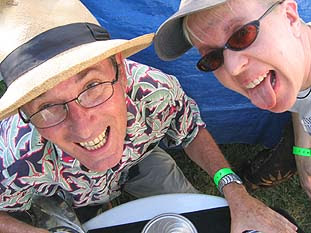 Philthy and Cazzbo, and what on earth is that round silver thing on the table? 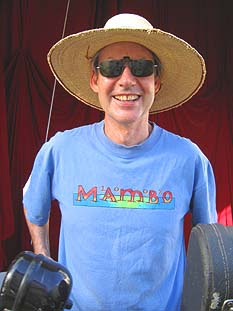 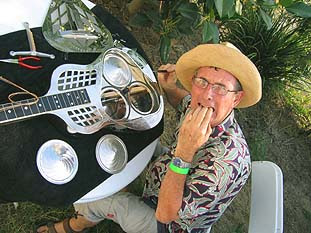 Phil's trying tricone forces him to dismantle it right before the gig, to locate a sound that guitars are not meant to make! Aaah, so THAT's what the innards of a resonator guitar look like. 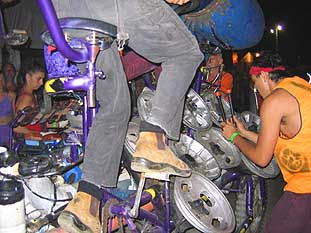 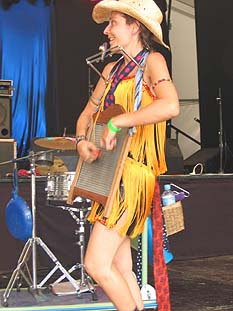 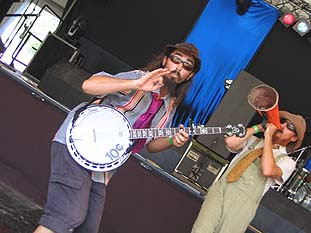 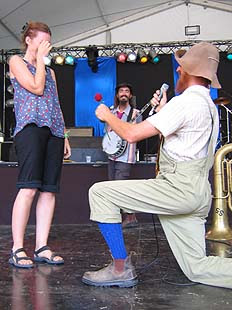 ...a marriage proposal from a bandmember......and an acceptance! 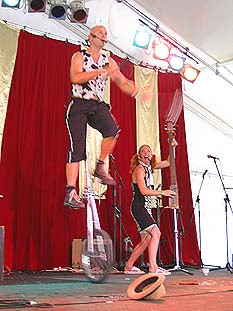 The Cloghoppers. A bit hard to see the club juggle and teacup on his head. In another show he played the banjo up there, cool. 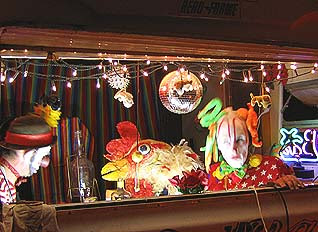 Wacko and Blotto... 'Two Clowns and a Chicken' - a different and compelling way to welcome 2006! 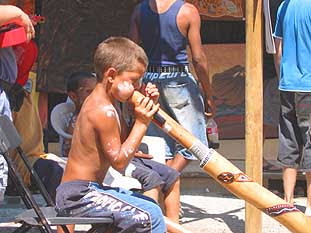 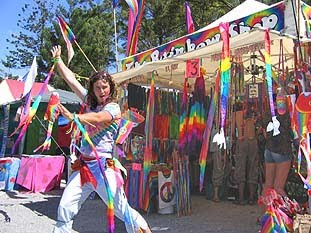 Rainbow bloke hams it up in front of the Rainbow Shop. 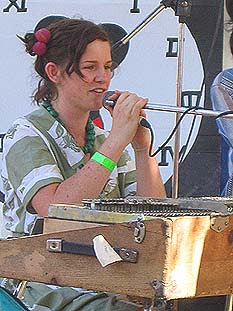 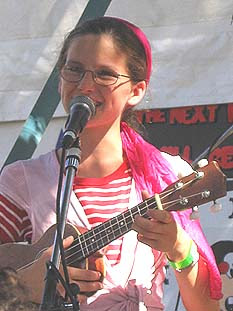 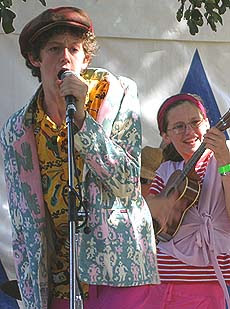 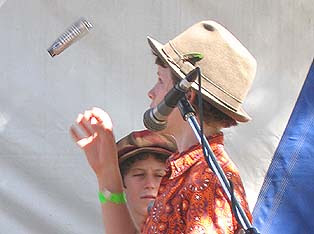 Christi repeatedly throws and catches his harmonica as the band decides what to play next.
Posted by CAZZBO