Captain Matchbox Whoopee Band has re-ignited in Melbourne - to honour the halcyon days, Mic and Jim Conway, and for fans young and old. 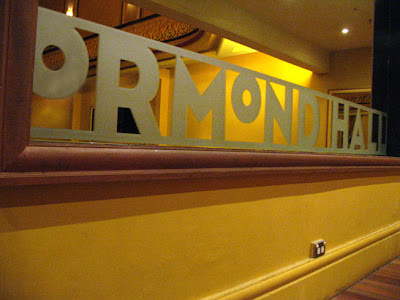 Firstly, two riotous nights headlining at the iconic Ormond Hall in Melbourne, the site of many a memorable night 'back in the day...', with the legendary Elliot Goblet and Adelaide band The Beards admirably supporting. Then a third night as part of Jack Levi's famous Crimson Goat Club, adding a healthy dose of music, satire and magic to the night's entertainment. 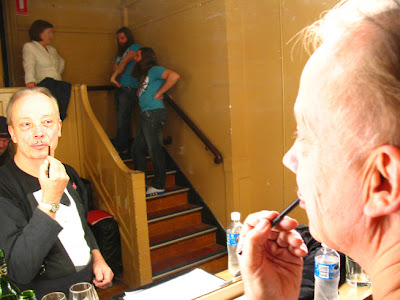 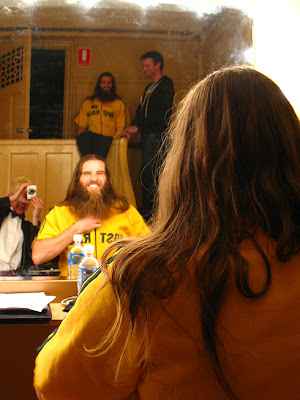 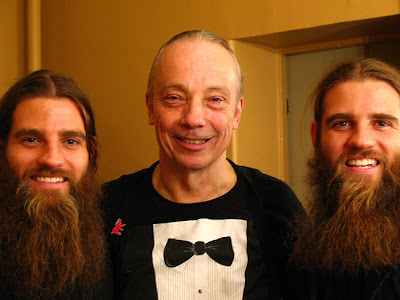 After the gig. Mic - seeing double! 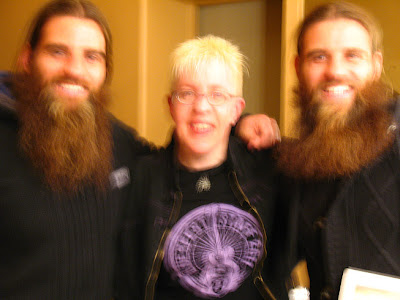 Seeing double with blur... I'm super-appreciative of the kind soul using my camera, but it was patently evident at the time that pressing the shutter without moving the camera was proving to be impossible! 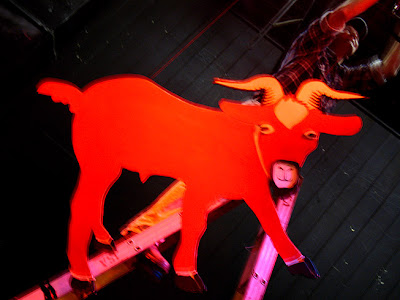 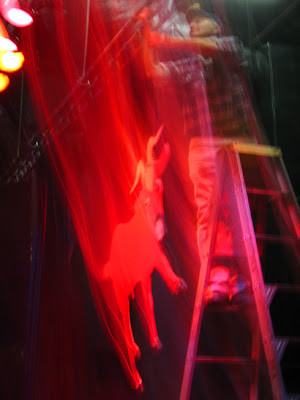 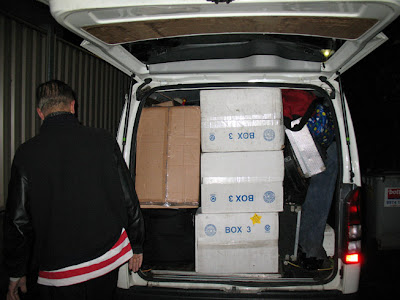 That's it - the van is loaded! 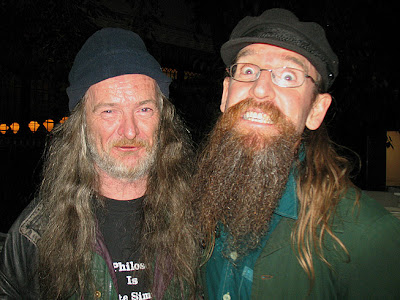 Takin' it to The Beards - Bowlesy and Andrew! 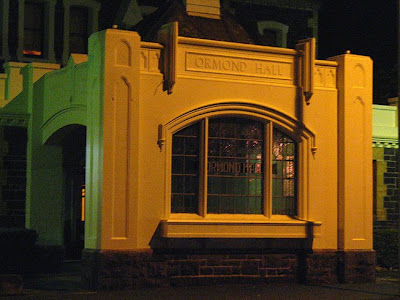 The entrance to Ormond Hall - I should have attempted a daytime shot.

Here's an article on the current Captain Matchbox journey, which was published in Inpress Magazine.

Here's a clip: My Canary Has Circles Under His Eyes (the view from the Royal Box).
Posted by CAZZBO