Riding my trusted bicycle to another event piano tuning I saw this mattress. Odd, and mildly amusing enough for me to reach for the camera. 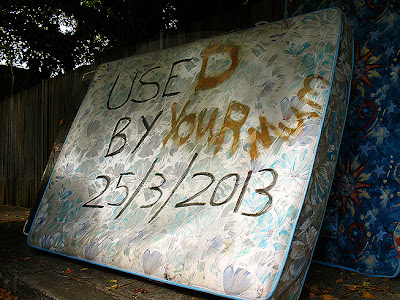 Twenty metres further down the same street, another mattress... 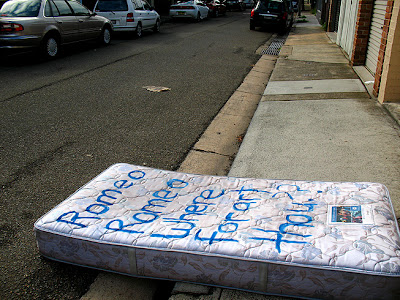 This did make me think that perhaps I was witnessing an art installation, rather than Hard Rubbish. I still don't know, but I didn't see any more annotated mattresses.

Distracted photographing mattresses, I suddenly realise I've only ten minutes until my desired arrival time THEN realise I'm only a couple of blocks away. Such is my anxiety about punctuality, coupled with being unaccustomed to riding anywhere in a focused (rather than whimsical day-dreamy spontaneously-deviating) way. 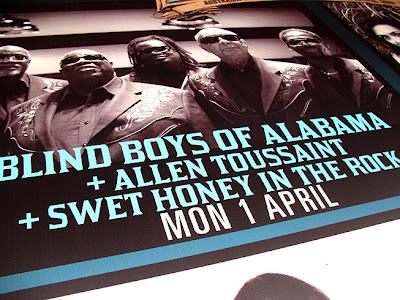 The venue (Enmore Theatre) well, I must be tuning for this. Indeed I was, but only Allen Toussaint was using the piano. A hasty, impressionistic snap - uncharacteristically, I only noticed that 'sweet' massive typo later when reviewing my photos - not at the time! 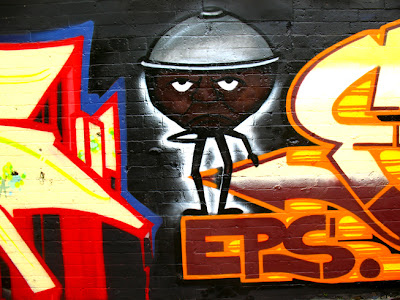 OK, tuning done. I can get back to whimsically exploring quiet streets, nooks and crannies, my usual way to ride. Admittedly, there were other fictional children's characters on this mural wall (e.g. Winnie The Pooh) but it still seemed odd, almost remarkable, for Albert (The Magic Pudding) to be on any young person's radar. 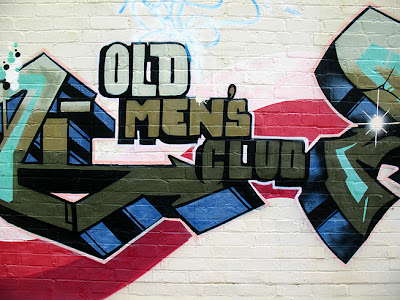 Could Albert be beloved and honoured by the Old Men's Club? Superb graffiti mural apostrophe placement at its finest. 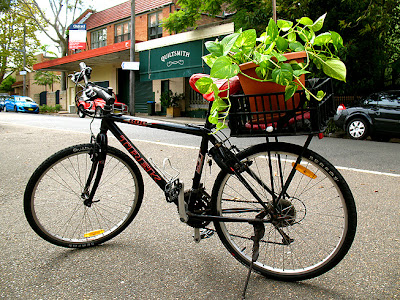 Another typical occurrence - I find something on a nature strip (in an obvious 'this is unwanted stuff' scenario) and cannot resist. So then the remainder of the trip home becomes a different challenge. I have quite a collection of garden additions that have been obtained this way. Never mind that this is a plant I HAVE at home (and it is possible to propagate from it... but I never seem to get around to attempting that).

I've been known to 'donkey'* some very heavy loads, ruined a back tyre once with such shenanigans. 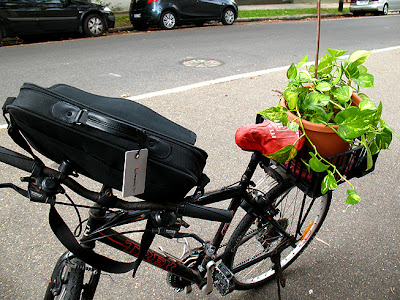 The next task was to stabilise this bag of tools functionally on the handlebars, since I also had a backpack. No room to sling this bag satchel-style, didn't want to crush my plant, mostly I could only perch on the edge of my seat as it was. Carefully home! 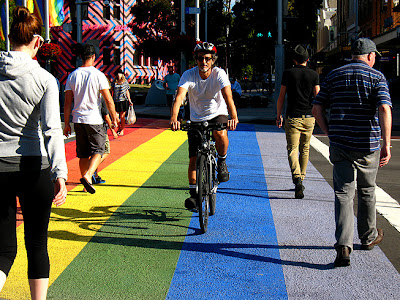 A nice day for more riding, so I visited the rainbow pedestrian crossing on Oxford Street (near Taylor Square). Painted for Mardi Gras, it is a huge hit. Rumour has it that it will now be removed, due to 'too many Abbey Road-style photo opportunities being a safety hazard'. Sure, folk take photos, but not Abbey Road-style, and no one does anything unsafe. I say keep it! 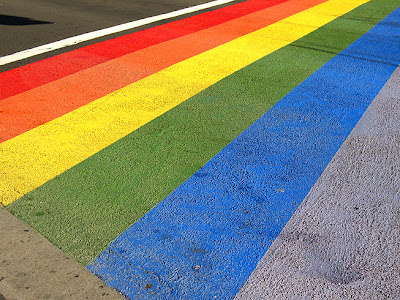 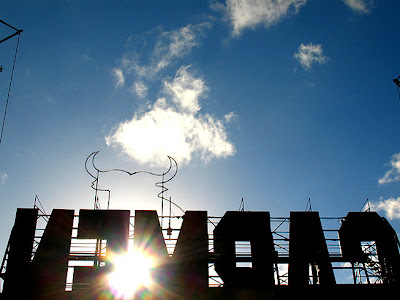 Then a quick look at the current site for Opera on the Harbour, Carmen. From the other side (across the water) the word is bright red. This the way the audience would see it, at the rear of a very raked stage.

* 'To donkey' is to wheel the bike with a load. I've done it balancing ridiculous heavy pots and plants where riding has really not been feasible...

** As opposed to a 'Woodford Rainbow'.