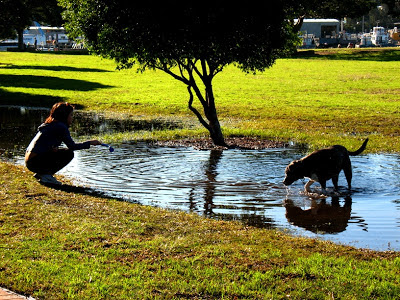 Finally the big wet has eased. I'll miss some of the clouds, which were worthy of more photography and filming that never quite happened. Traversing a local park, so many puddles virtually forming a creek following the low points and ditches. The activity for many a doggy - messy muddy bathing. 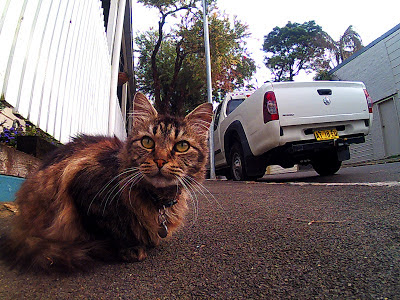 I love greeting cats on the street... 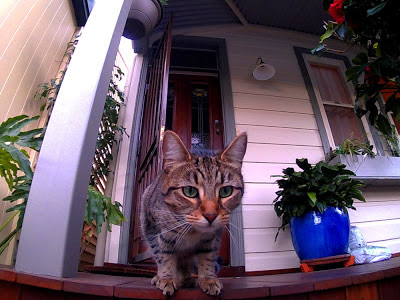 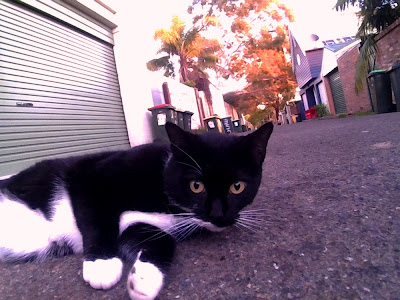 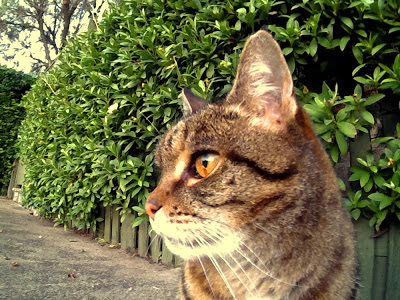 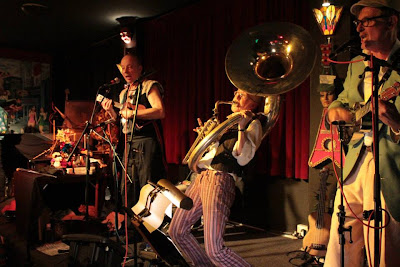 A flurry of gigs: in flight, flanked by Mic Conway and Phil Donnison at Camelot, Marrickville.

Then up the hill, tending to a couple of pianos (the second in deepening darkness as the longest night encroached - in a house where the electricity was off - at least piano tuning CAN continue under such circumstances!) Next, a gig at The Clarendon, and the chance the following day to catch the Winter Magic Festival (post-Winter Solstice). Pagan themes, political themes, you name it, it's all eligible for this Katoomba highlight. Back down the hill for Mic Conway's National Junk Band's third hit-out in as many days, at Humph Hall, Allambie Heights. 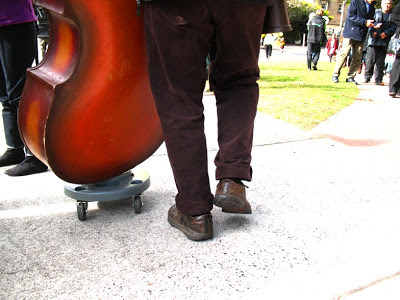 How's this bass player's neat way of getting to his start position for the parade? I strongly suspected it would be his way of traversing the parade route as well, and it was! 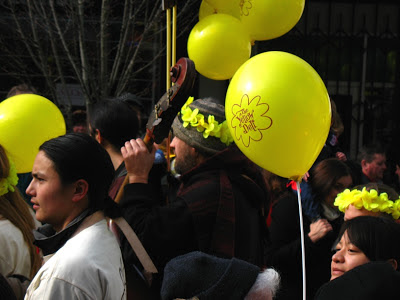 Here he is as part of local cafe the Yellow Deli's considerable contingent - what a fine example of advertising, erm, I mean community contribution! 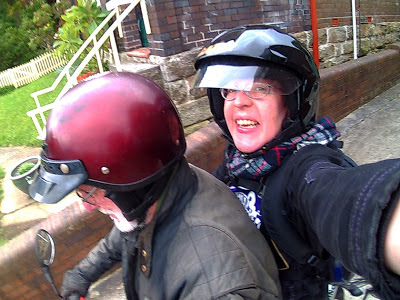 Off on a splendid lunch date with a friend - a quick sports camera selfie on departure. 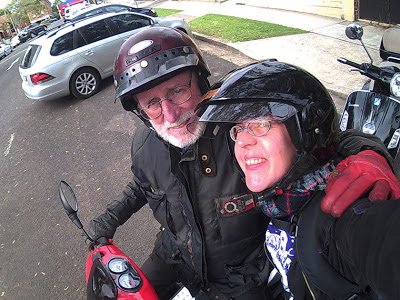 So I've christened the dubious pillion area on his new little city motorcycle. 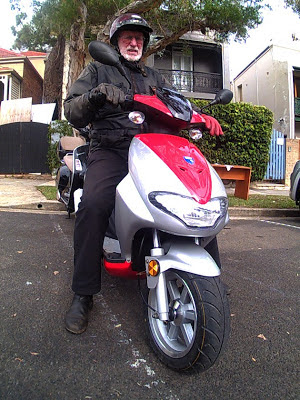 I wished to document my friend's mismatched riding gloves - definitely function, not fashion. I don't think he could believe I was bothering. 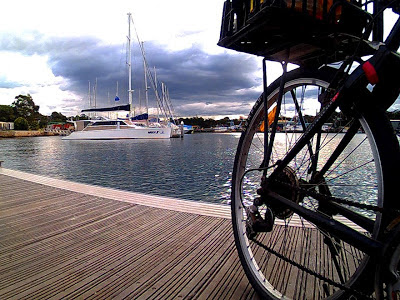 I was framing this shot on a little pontoon. I was on a mission (as I cycle-roamed the district) to take stills with the teensy sports camera to interlace with cycling footage in my little film. I didn't realize this pontoon was gently ebbing with the water's activity. The next thing I was smashed on the head by my bicycle - OUCH! 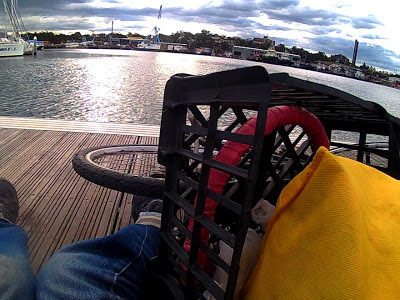 It's the only time I have not minded having my nanny-state foam hat on. It probably saved my glasses, which are already held together with super glue and too loose. And thus endeth the wettest June since 2007.
Posted by CAZZBO