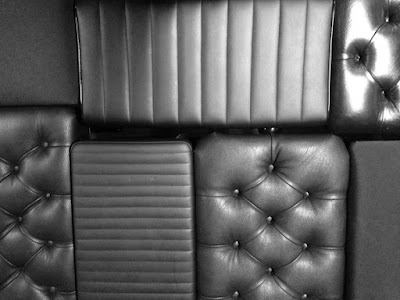 It's a fussy world where there is such a broad range of piano stools to choose from. It's not that the auditioning pianists' arses are broad, not at all, but this scene reminds me of Luciano Pavarotti's mobility scooter. You think I'm kidding.

No. I really did witness it (in my role as orchestral cog for his late-in-life show). The scooter had a custom-made expansive seat for his expansive vocal stylings. I'll never forget it. What? The performance or the seat? If none of these stools are found to be ship shape please accompany me to the poop deck to inspect some more. 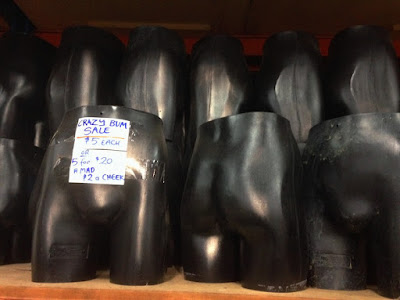 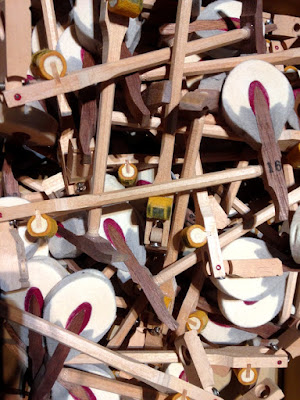 They might not look it, but these hammers have copped a hammering. Off they come to be replaced with a newer set. There is a lot of adjusting to do to install hammers, you can't just bolt them on and go. This job saw the Caped Regulators working in annoyingly short sessions on a piano that had to be not only put back together but playable at the end of each session. 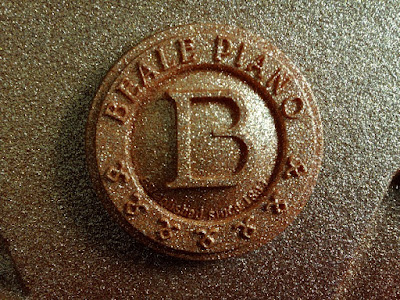 This is a new piano. All that glitters is not necessarily worth it. But I do my job. 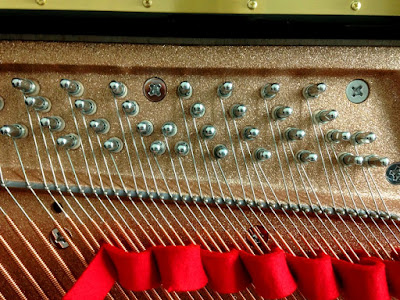 This is one for the technicians (or designers). What idiot ignores a plethora of precedents (elegant, functional and varied) in design to put the AMus in ignoramus? What pinhead shuns beautiful pin field layouts that have stood the test of time to come up with this?

For the uninitiated, each time there is a column of two pins rather than four (a decision to avoid being near the plate screws) it hampers the efficient and more usual navigation from pin to pin during tuning. First World Problems, you might say. But architecturally it is a sin to put outsized surprises in an otherwise consistent set of steps. You could break a leg (not in a theatre way). This feels similar. Regretfully, this piano is besmirching the good, the bad, and the indifferent name of Beale*. 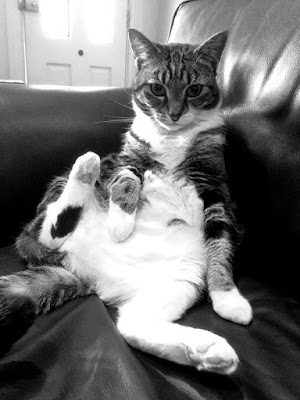 Any further questions, take it up with the Oracle Cat. 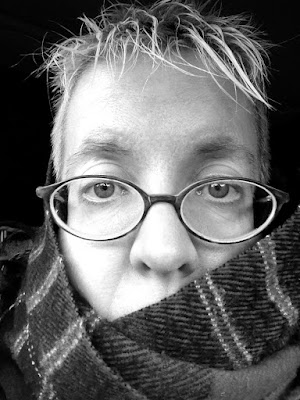 In celebration of Sydney winter. We have an excellent climate. Except for most of summer, and parts of any other season that decide to be more like summer. This snap was a message to my partner in piano pampering. Hey, I found your missing red scarf, hiding in a monochrome selfie. 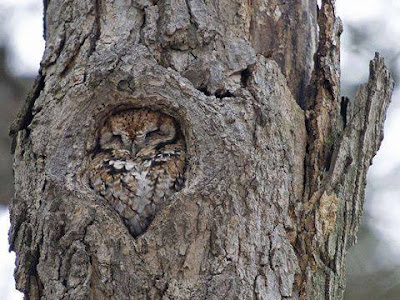 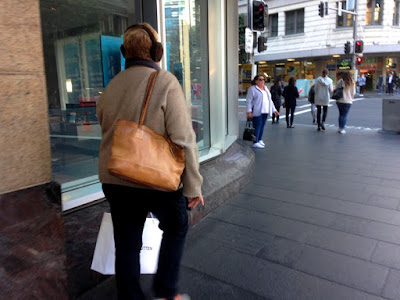 I blinked into the daylight after a theatre tuning to spy this. If my ears are cold I just wait until someone gossips about me. But seriously, nobody wears earmuffs in Sydney (unless they're PPE). Oi! Excuse me, why are you wearing earmuffs? She didn't answer. I confess I was wearing earplugs. I usually wear them to tune, but left them in to thread my way through a school's worth of screaming tweens. 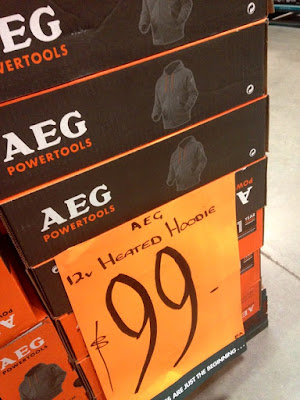 This is a thing. It theoretically sounds wonderful but I'm pretty sure it makes you the tradie equivalent of those kids at school who had their handkerchiefs safety-pinned to their jumpers... 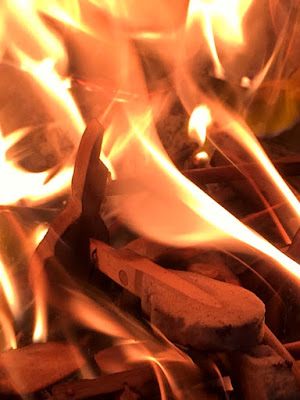 ...but nothing beats a workshop declutter. 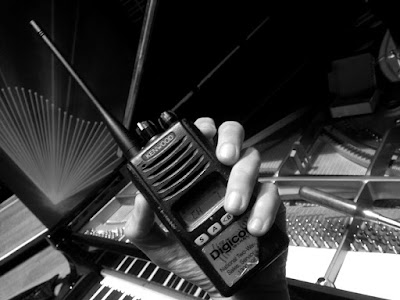 What top secret piano work could necessitate the use of a walkie-talkie? I could tell you... 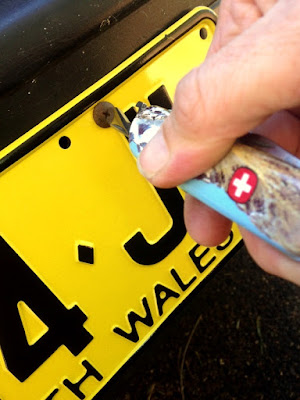 ...but I've already had to change my number plates.

As if the tuning-pianos-on-ships protocol is not complicated enough, I arrived at the designated parking area and was asked for my registration. Why the checkpoint goon didn't just read my plates for himself is hard to fathom. Registration number? Force of habit, I dutifully rattled off the old one. Cazzbo, if you rattled off the old one any wonder your car was deemed unroadworthy. 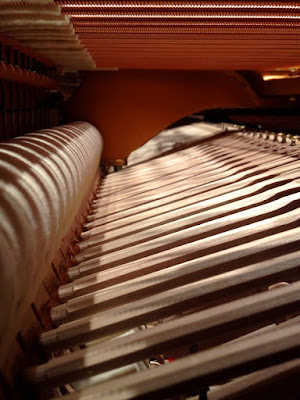 I managed to poke my phone in beside the lowest bass string to take this shot, delighting in a clean new piano and some decent lighting under which to work. Notice the wound bass strings' crinkly shadows falling on the hammer shanks. 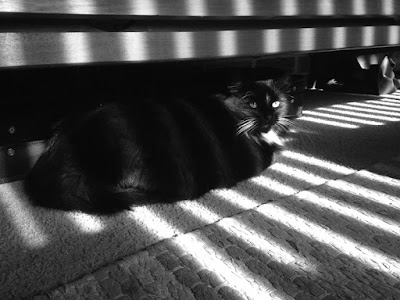 Looks can be deceiving. Imprisoned behind unfashionable window dressings, this aloof goof of a fluffball might think she's invisible. Well, she stayed longer than she usually does as I approach. I've never seen the point of an aloof cat, but no matter what, I love trained assassins, I mean cats. 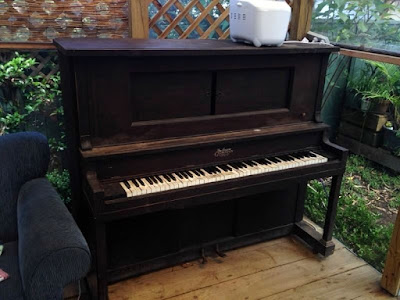 Indulging my perverse amusement with the pianos of Gumtree, I bring you yet another glowingly-advertised clunker that has already been evicted from the house. At the height of a Sydney winter, this piano may pine for a three-sofa night. 'Just needs a tune-up' and 'a few notes not working' are common utterances. This piano is likely to be already beyond music-making, but the lattice-walled location will seal the deal. 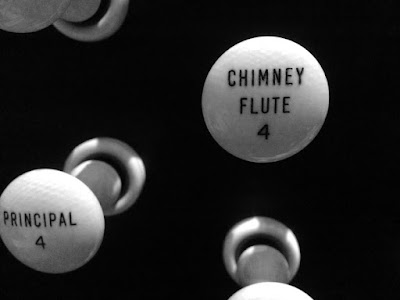 Is it just me, or does 'chimney flute' sound like a euphemism? We piano technicians don't generally know how to fix organs, although they are commonly raised. 'I'm having a problem with my chimney flute.' It comes up a lot. What? Your chimney flute, sir? 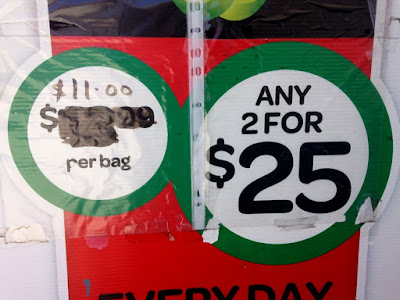 Even I know that ain't right. 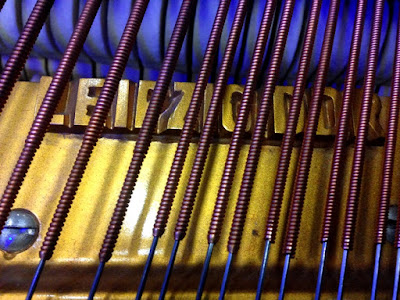 Under ever-changing lighting on stage I get the blues. The Leipzig DDR Bluthner-with-aliquots blues. 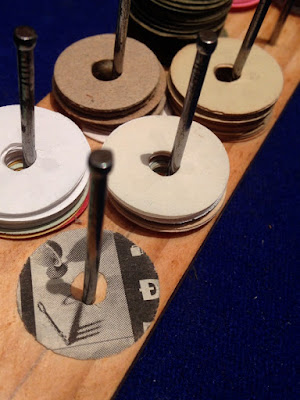 Did you know that paper and cardboard are used to finely adjust piano keyboards? If you read my bloggings then you're all over it, baby. 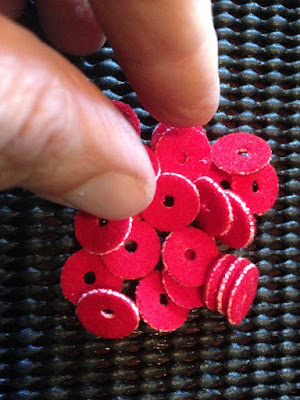 Finely-woven cloth gets shaped into weeny donuts. Why and how? 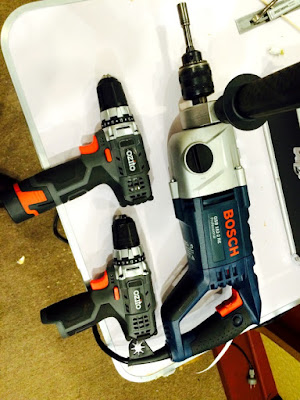 I promised you tools and I'm not sure I delivered. So here's a bloody big drill that was bought to remove old tuning pins to prepare to restring a piano. It not that you want speed, but rather the control and stability to really cruise. Too fast and you may burn or burnish the wooden hole. 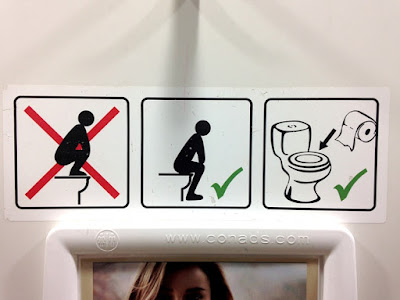 Speaking of the poop deck the good thing about this picture is that the little green-ticked westerner is still leaning forward. That is correct. It is why squatting is incredibly healthy. Lean forward for better health. Cazzbo, is this a tool? Yes, it's a life-tool, baby. You'd better believe it.

Wow, Cazzbo, I can't believe you're going to end this blog instalment like that. 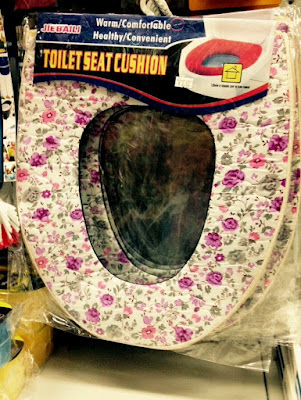 No, I'm going to end it like this. I couldn't believe that my local $2 shop had vinyl copies of Luciano Pavarotti's performance in Der Rosenkavalier.

* I stand by those remarks. I stand, sit, jump, or form the shape of a little teapot - here's my bloody spout. All in the interests of serving truth and music-making.

Smog the mog (cats and pianos)

Goannas in the wild

Moggies: Out and About