Pianos: Under the weather 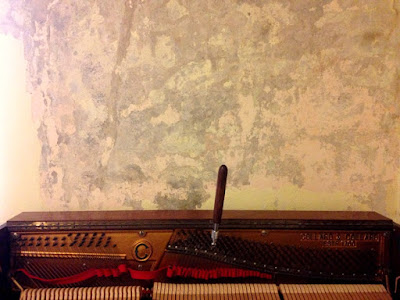 This wall in a cafe: I'd see sunny, light, airy (but I don't want too much of any of those things). But in a private house I just see (and smell) damp. Any wonder the piano's keys are sticking. This is the famed short black piano of another recent blog instalment. 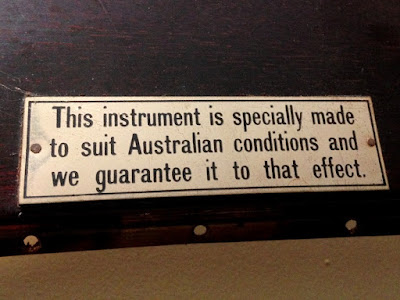 This instrument has our colonial colloquialisms pre-installed. Bonza. 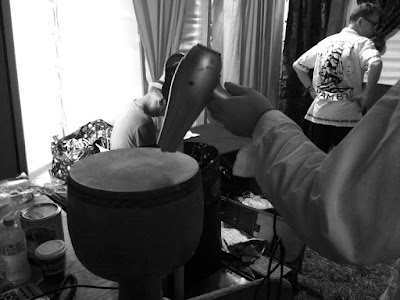 Let me give you the drum on excessive humidity and moisture. Backstage deep in the heart of Woodfordia a musician takes remedial steps. 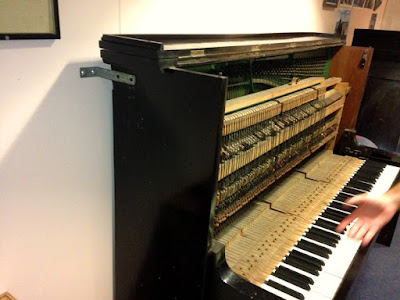 I condemned this ship's piano. As if being a straight-strung overdamper was not enough (it is enough) it had multiple organ failure. But isn't it a piano? It has literally been 'in the wars' I'm told, with several tours of duty on different battle ships. Then its story must be told in a military museum with part (or all) of it on display. You would not be seeking to keep such a much-decorated historical military vehicle on the road.

The musicians suspected as much but needed confirmation. I recommended burial at sea with full military honours while a passer-by offered, 'It sounds like it has to be redeployed as an anchor'. We agreed it was the same proposal. 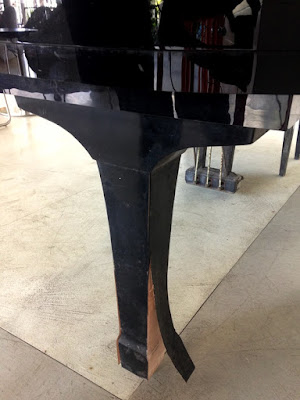 Meanwhile on terra firma resort pianos still suffer. Lazing around in the tropics where the expansive spaces do not even have walls does not suit them at all. 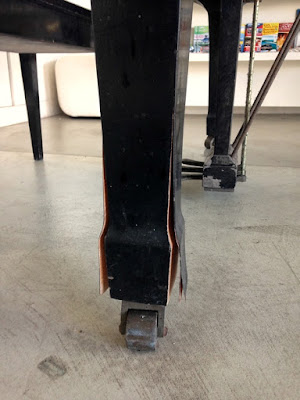 It's not my problem. I don't tend the pianos of Far North Queensland, I simply observe them quietly grazing in their natural habitat. 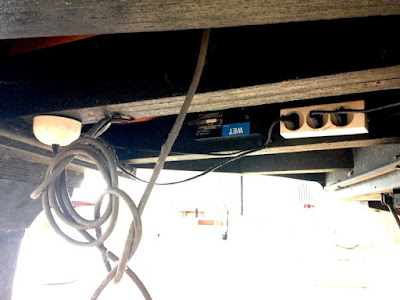 The resort piano did have a humidity control system. Laudable, yet laughable in this capacious indoor/outdoor lush-gardened, moat-mazed 'paradise'. 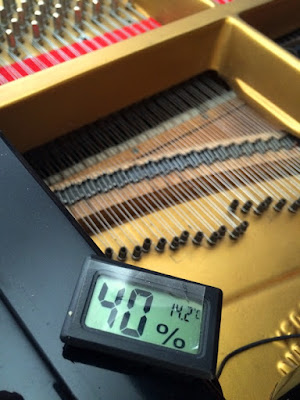 I recall learning that the ideal relative humidity for a piano was 42 per cent. The magic '42'. In fact the optimum range is between 40 and 60 per cent. What is more important than the number is how much it fluctuates. The less fluctuation the better.

Are there more 'weather events' than there used to be? It seems so. Piano tuners are either assured more work, or assured that there might be fewer acoustic pianos around in future. I do not think there will be fewer pianos, but there will be fewer of adequate quality, worth tuning, with the race to the bottom that is exemplified by certain manufacturing trends, but I digress. 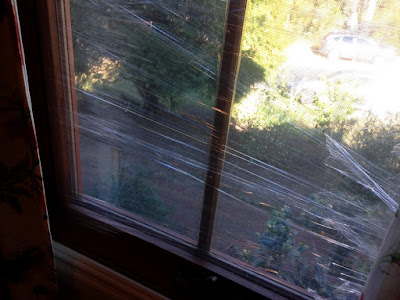 Mountains houses and holiday houses are tough on pianos. Cosy winter heat can be very drying. Bigger problems occur when folk spend only part of their time in their mountains abode. They'll keep conditions moderate and comfortable while there, but pianos cry themselves to sleep alone on the coldest winter nights - or they slow-bake in the shimmer-haze tumbleweed-torpor of summer days reminiscent of my central Victorian childhood. I would happily donate all my summers to charity.

This treatment amused. Double-glazing with cling wrap. It is reasonable and effective, but rather ugly. Intuition told me it was not the pure invention of these mountains folk, but that it was a 'thing'. Mitred frames held the wrap. We can only presume that by deploying just such thrifty strategies they might have saved up for the glass panes by next winter.

It's cheeky to say it, but pianos are like 'complainy old people'. Everything is too something, or too something else. They (pianos) like everything to be very moderate. You don't have to be old to be complainy. If you think you're being miscast, prove me wrong, please. I'm not complainy, I am passionately ranty. They are polar opposites. 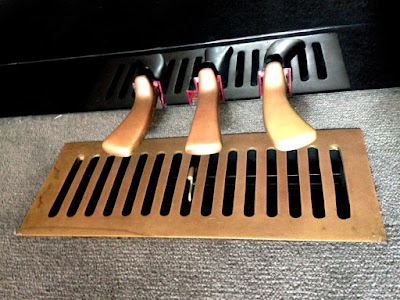 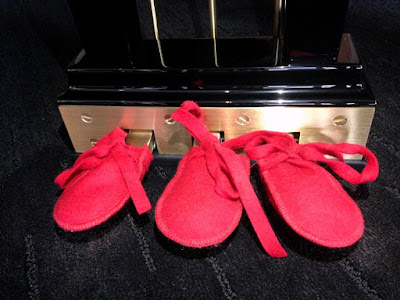 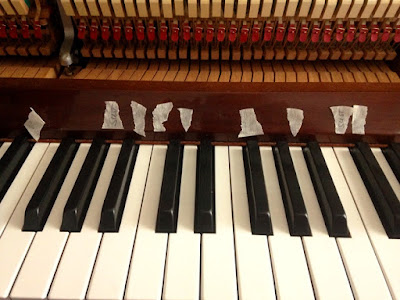 Here's another cute and reasonable way for the client to communicate about which notes are sluggish or failing to play reliably. With a complex series of events involved there can be several links in the chain contributing to the problem. Increased humidity causes woods and cloths to expand. One unremarkable 'weather event' can create problems, which might resolve or at least improve as the weather changes. Older, neglected or abused pianos will often struggle regardless. Inappropriate location of your piano is a form of abuse. Am I getting too ranty? 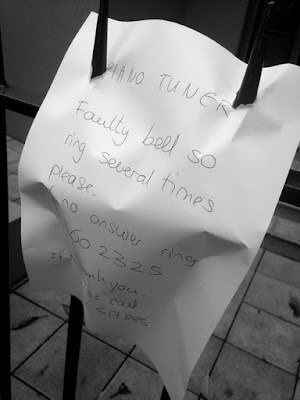 'Ring several times'. Please codify your rings into rhythms evoking the works of the Great Composers. Or at least give me 'Shave-and-a-haircut'. Oh, wait, you said the bell is broken. Ring several times to wake a teenage sloth who is not attuned to hearing a landline phone? Cazzbo, perhaps you're reading too much into this innocent gate note, murdered in cold blood, skewered by the tines of opulent wealth. I see some impressive houses, let me tell you. 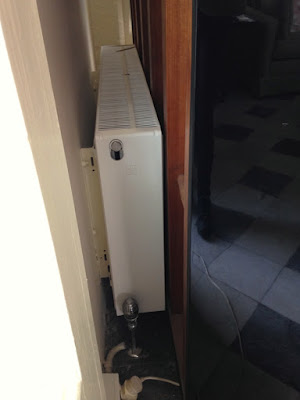 Folk traditionally ram uprights as close to walls as possible. It is understandable from a furniture placement perspective, but sometimes the tuner can't even open the lid to tune, because it is pressing against some artwork on the wall behind it. Pianos sound better if they have just a bit of breathing space between themselves and the wall behind, but this is no way to achieve such space. I can only trust that this heater is not used. 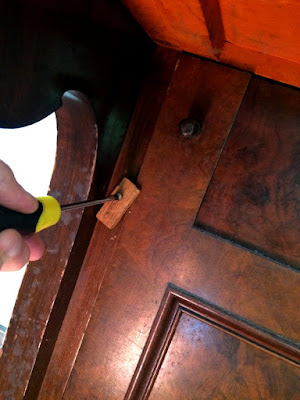 Here's a rustic way of securing the lower front board on a challenged old upright. All's fair in love and functional McGuyvering (it-was-like-that-when-I-got-here). Sydney is no Far North Queensland but it is not rare to find mould spores on the inside (or the outside) of pianos. Use the common sense you might deploy with any other living area or possession. Periodically gently air the space, and wipe off external mould. Minimal moisture, please. 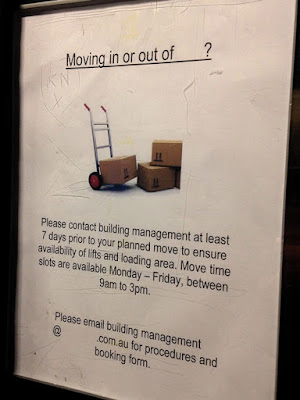 I saw this sign in a lift on my way to a piano in a stunning local shoebox. It was the first time I had contemplated how ruly it could be to live in a large apartment complex. You can't just do your moving when you want? You have to make appointments? I was astonished. I've led a sheltered life with regard to shelter. Procedures? Booking forms? OK, I understand the necessary practicality of it, but it would make me ninja-move under cover of darkness, just to feel alive in this over-regulated city.

The occupants were there temporarily, licking their wounds after missing out on yet another Sydney house at auction. The real estate market is brutal and you'll read of it being talked up, down and sideways on any given day. 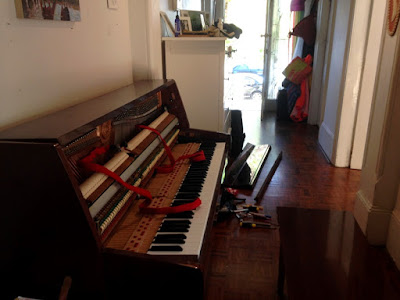 I toiled away pitch-raising this piano in the wind tunnel hallway of a worryingly damp house. The action mechanism was beset by too-tight centre pins, inhibiting its movement. 'You are killing your piano.' I opined. There is almost no point addressing the mechanical problems if you do not relocate it within the house. I suggested an alternative location, in the heart of the home. I expected my muso mate to sidestep my rants and defer to his wife's furniture placement stipulations. 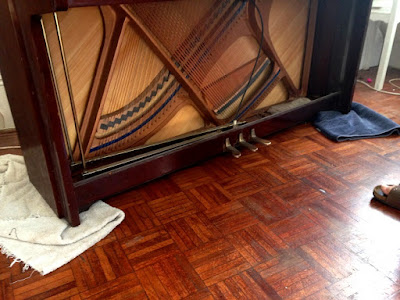 Instead he gobsmacked me in the nicest possible way with, 'Let's do it!' 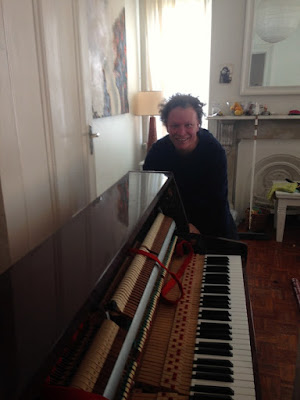 After a shuffle of other furniture and flotsam, we were on the move. 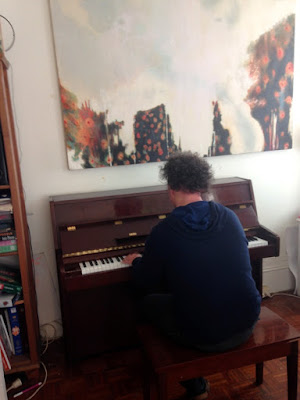 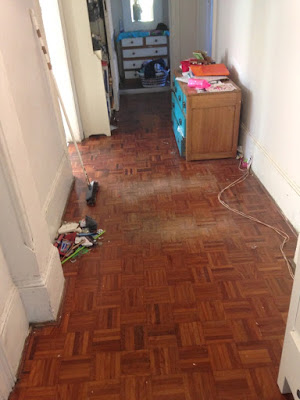 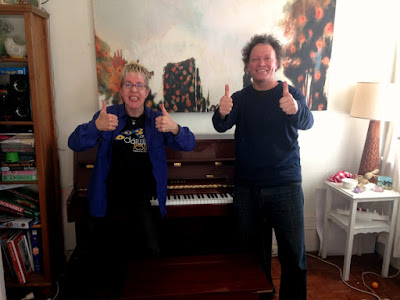 We're all thumbs - in a good way. Now we can schedule more fiddly dismantling of the piano to repin several action parts. 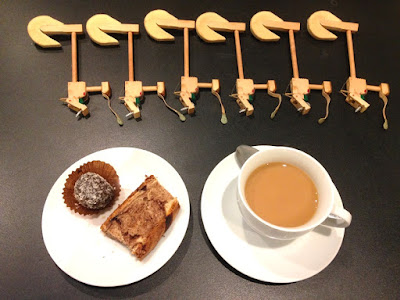 Elsewhere, it's hammer time. The solution (in this type of clunker) is usually glueing and trussing the hammers. Of course, you can have new hammers, or a newer piano, or something stronger than tea and cake. Remind me never to chat about 'exploding hammers' at the airport. 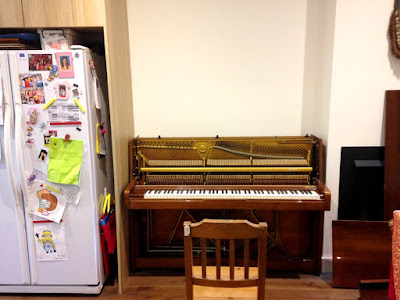 This weeny pieeny was selected because it fitted in the gap between the fridge and the combustion heater. It still has 88 keys, but the treble cheek block is much narrower than usual. Despite the potential for the heater (and to a lesser degree the fridge) to bake the piano, unplayable notes were the issue. In the steamiest of kitchens, with commercial quantities of rice being prepared, perhaps I should lubricate with saké. Who gets the first tipple, me or the goanna?

Instead, it is more repinning and gentle education. The general age of the piano, the compromised geometry of its compact action and its unfriendly location are all conspirators. I proffered an alternative location within the room. There was no spontaneous move this day, but I was pleased to discover that the client was not inexorably wedded to this location (or even this piano). 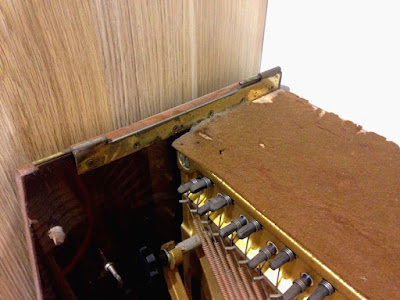 The weeny pieeny has another mild irritant - a boomgate-style lid. Such lids must be removed to tune. At least this one has a hinge design that enables the lid to be slipped off by moving it towards you. The only lids more whinge-worthy with respect to such dire diagonal design are ones with removable hinge pins that must be removed away from the tuner (requiring the piano to be moved out from the wall). Converting these lids to open 'normally' is highly encouraged, even if it's done shed-style with Bunnings bits. 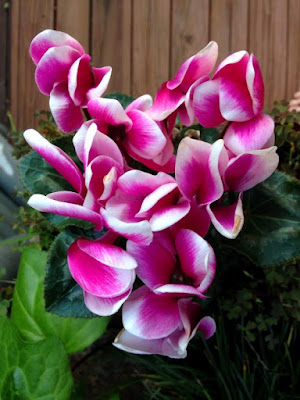 And now, the briefest stroll around my garden. The property of a housemate, this plant languished in a tiny plastic pot, still gift-wrapped. My housemate had shown no signs of doing anything with it. I repotted it. My housemate left. These two events are not related. Its heart-shaped booty of blooms makes me seem a better gardener than I am. 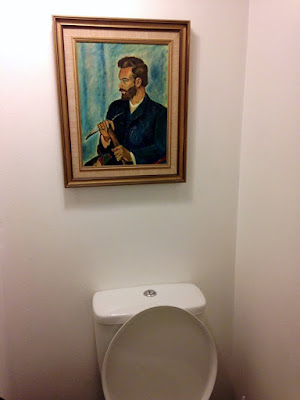 The last thing I want to see when I walk in to use the toilet is a man holding his tool. Unless that's a portrait of Verdi composing the Anvil Chorus, this piano shop had better have a bloody good explanation.

Pianos: Things that go 'clunk' in the night