I happened to have my camera handy this morning. What an old-fashioned thing to have to say, eh? Quaintly, all my phone is capable of is phone calls (and text messages!). 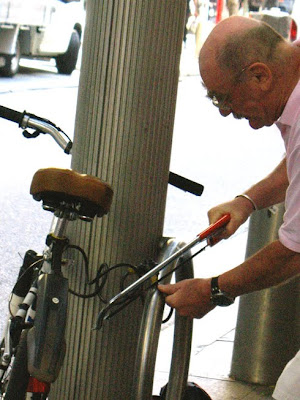 I sneaked a snappy of this dapper chappy purposefully hack-sawing through a bike lock cable. One can only conclude that it was his bike and he had lost his keys. His walrus-mustachioed and eyebrow-ioed sense of gentlemanly tweed-ride style did not seem commensurate with anyone who would need to resort to bicycle theft! 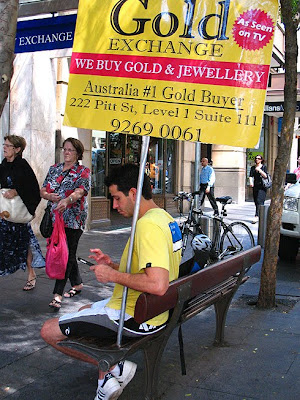 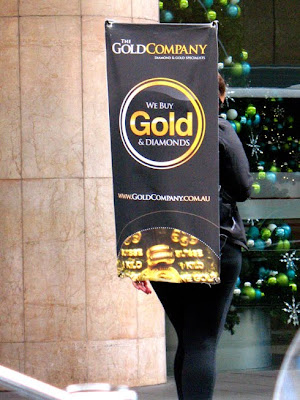 But why steady your gold sign by holding it or wedging it between the slats of a park bench? That's for mugs. Let's take it to the lext level - hands-free.

Clearly the sign scene has more tricks up its sleeve than I realized. The next day, passing throught the city, I spy this lass with a back-pack-style sign. She was white-earbudded up and thumbing her iPod, idly strolling away from my hasty shot. I know not of these everyday city things and people, not being any sort of worker! And who is buying all this gold from all these gold outlets?