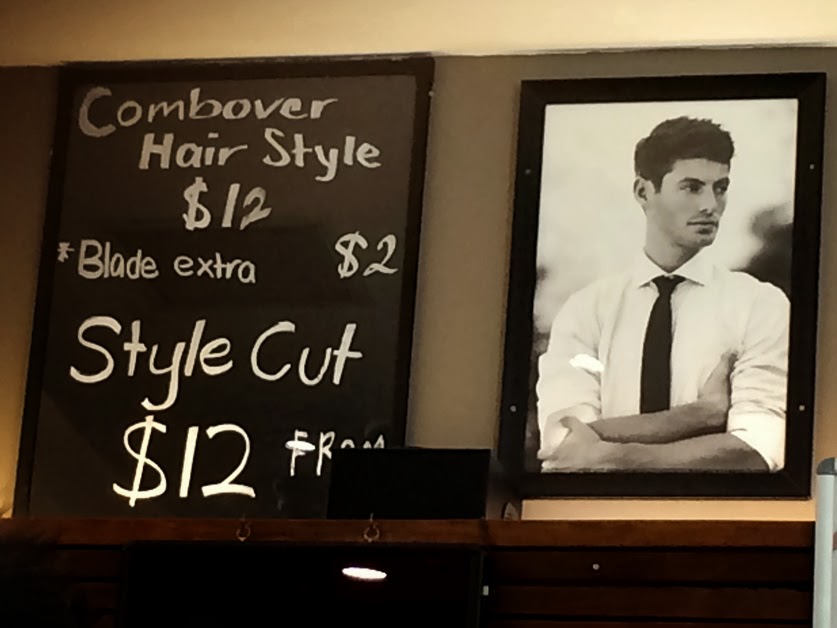 I admit that this was before I left Sydney. I was intrigued as to who might genuinely request a 'combover hair style'! Although at that price, let's see the Norman Gunston proliferate, eh? 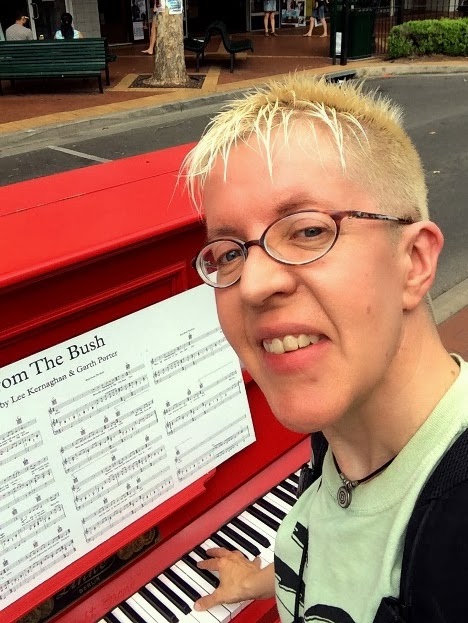 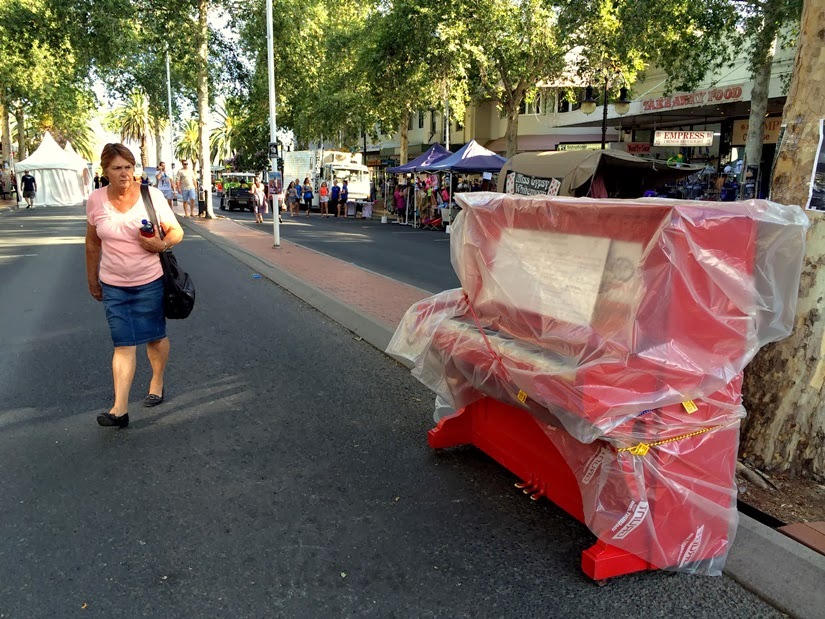 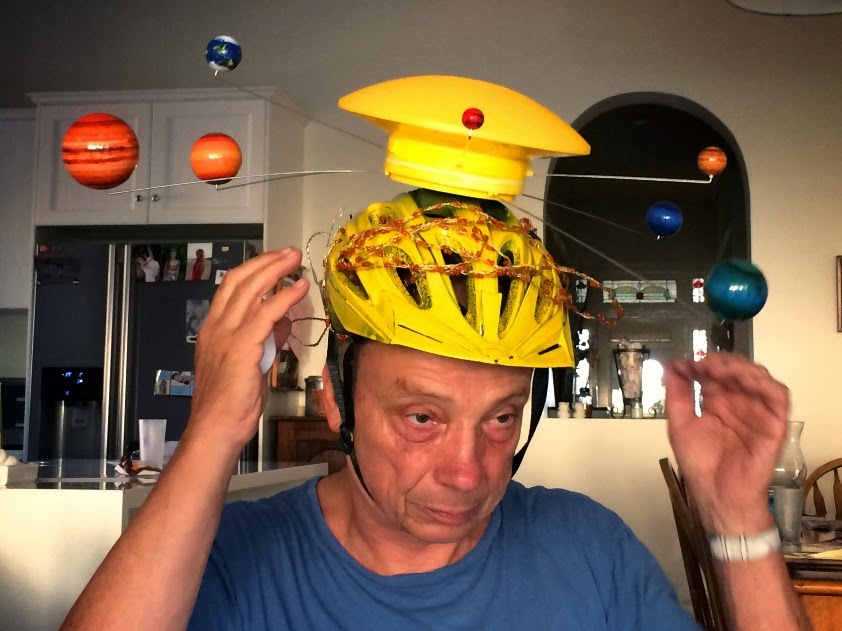 Mic tests a new prop in the house. It's all go in the kitchen. Mic had another toy that provided lots of fun. Check out the Tamworth Flying Saucer. Mic's delight at its maiden flight is palpable! 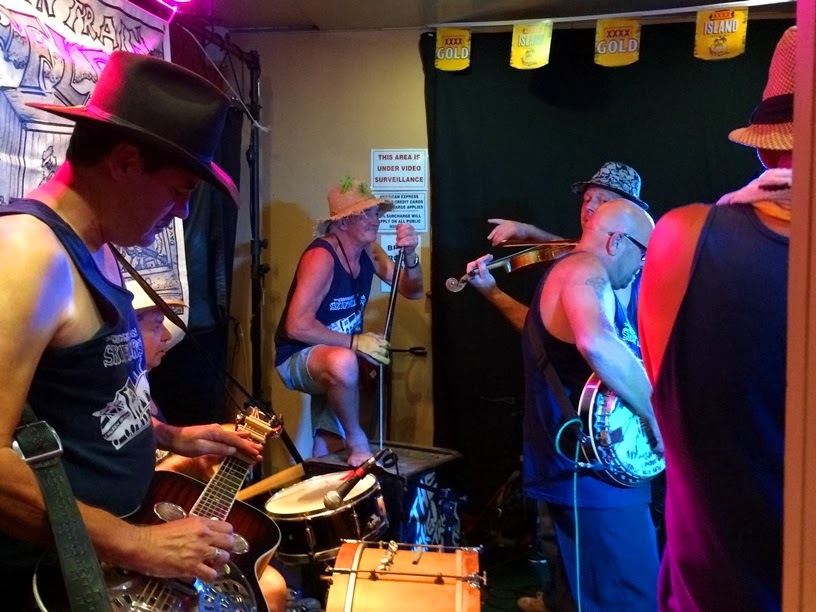 The Chicken Train Skifflers at the Tudor Hotel. I was invited again to bring my jug and whistle stylings to the band's good-time sound. It was my pleasure! 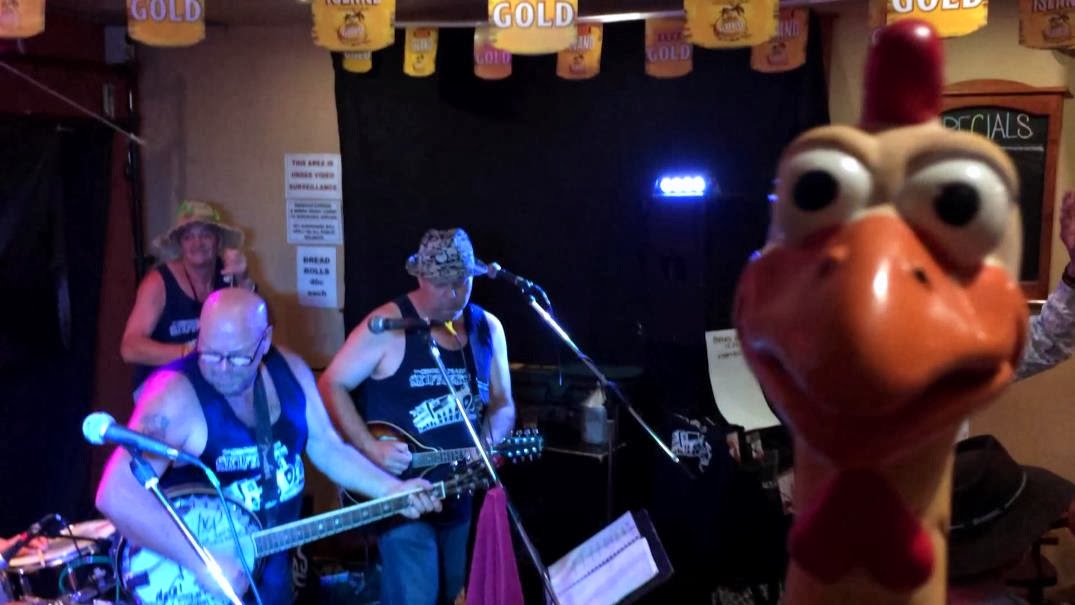 Seconds before stagetime, I filmed some snippets, which I turned into this little movie. 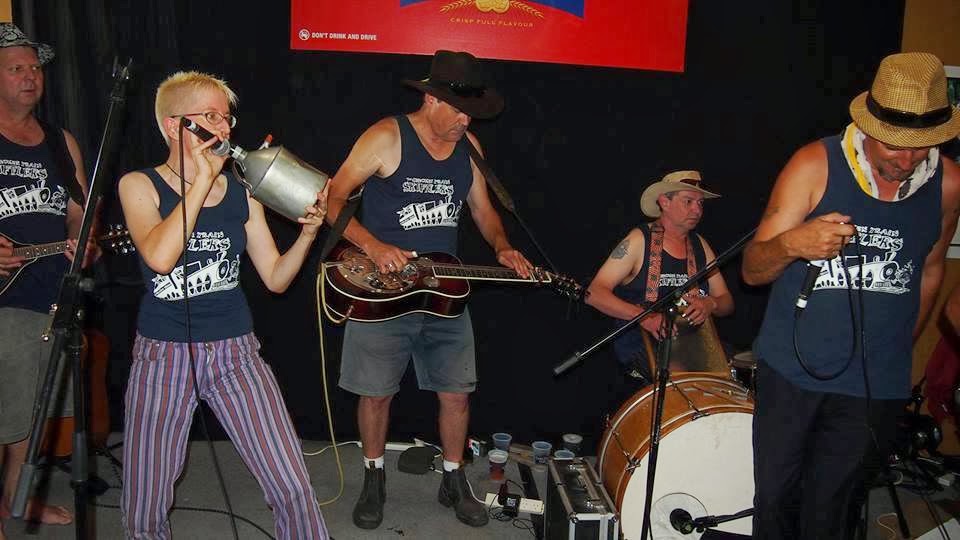 In 'band uniform' with the Chicken Train Skifflers at the Courthouse Hotel.
See cool clips of Mic Conway and Cazzbo with the Skifflers in 2013, including the official presentation of our singlets by one of the band's devoted fans - a 'Chicken Nugget'. 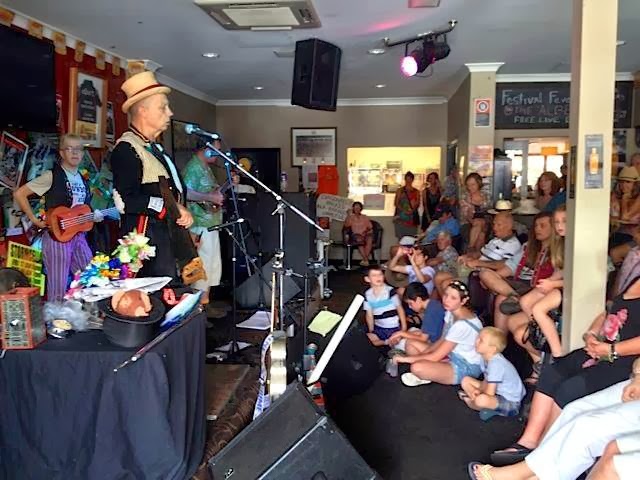 In action at the Albert Hotel. I'm wearing my just-excitingly-procured Murdena T-shirt. Murdena, a young band from Geelong, last year's Busking Champions, were pretty cool. Again, hastily filming during their set while we were setting up, I pieced together this little clip. Check it out! 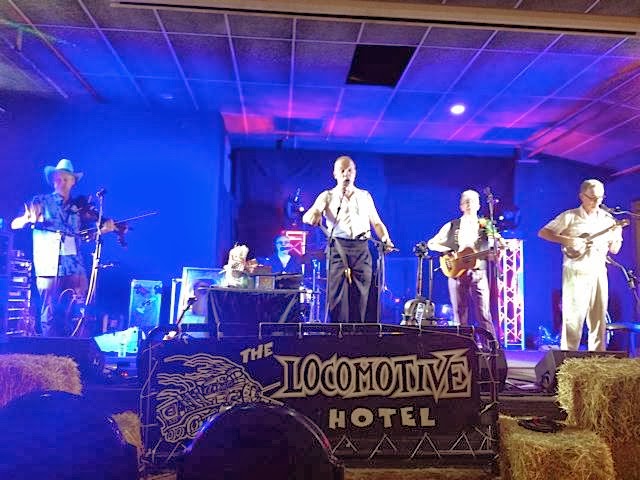 Hay bales reign supreme at the Locomotive Hotel. Were they deputising for the tumbleweeds? 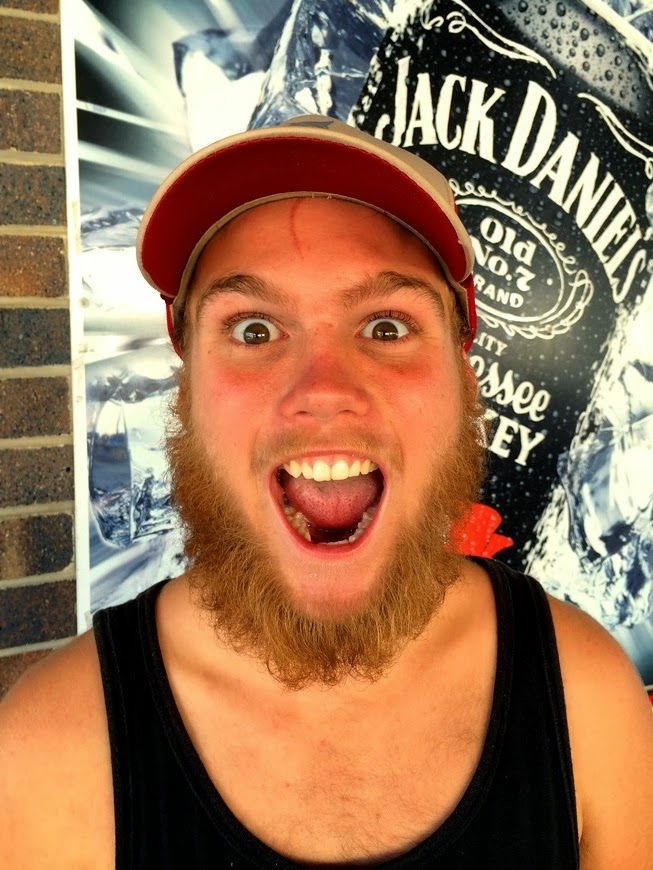 Gorgeous young John from Uncle Bob's Jug Band - in disguise with that beard! See how he looked last year. 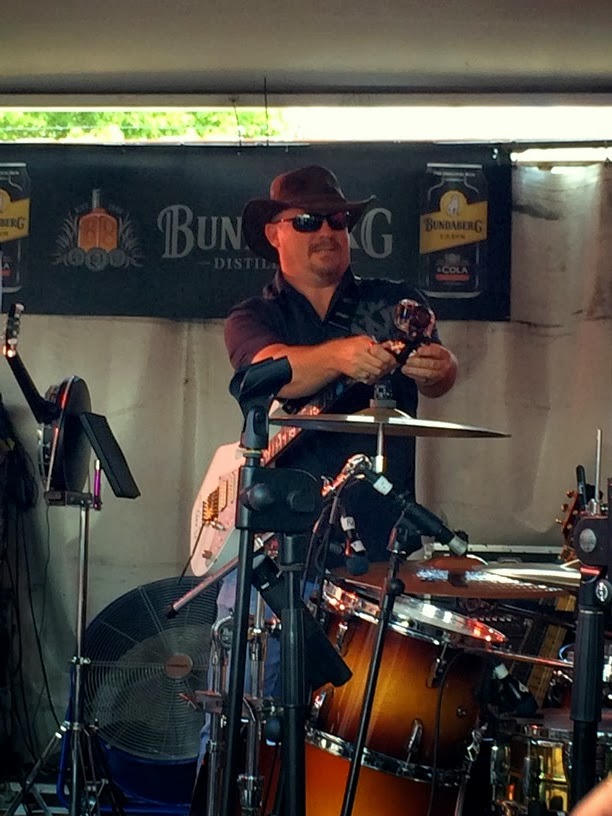 Most of my views end up being sidestage, while setting up or packing up. I watched this bloke fit a sports camera to his guitar neck. Pointed at his fingers, show-off tutorial style? No. Just kind of pointed outwards, randomly. Perhaps ready for some sweet upskirt action amidst the frontline of his band... 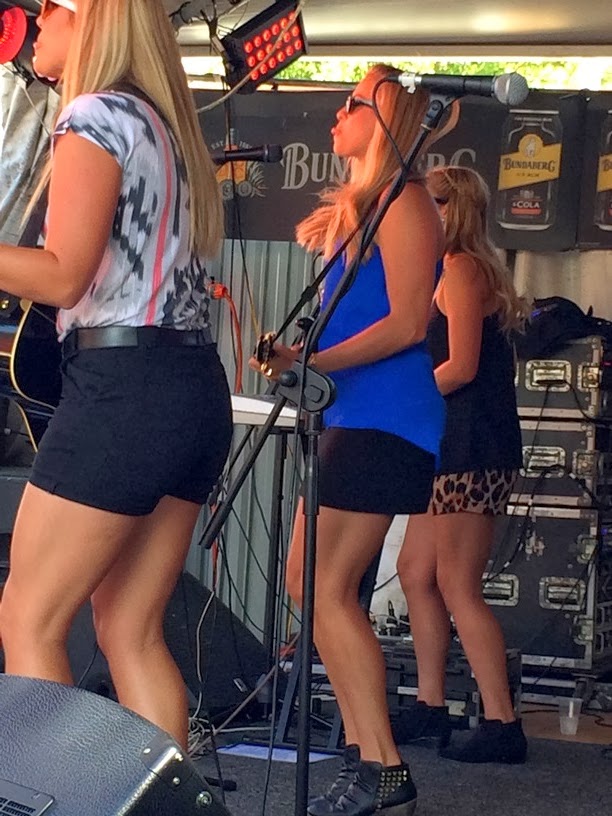 ...although skirts are not always available. 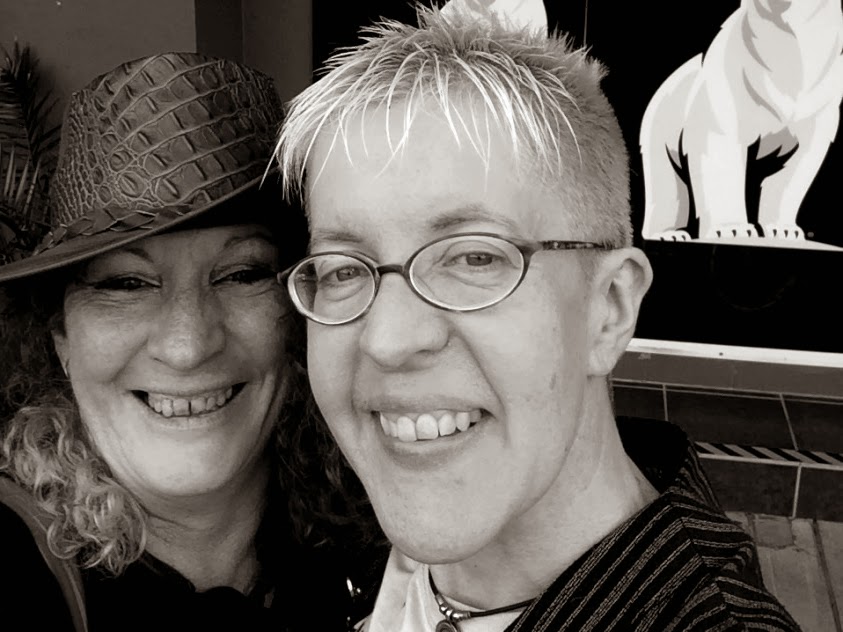 Two very colourful people, rendered mono. The lovely Christine from the Gold Coast stepped up to play egg percussion with us. 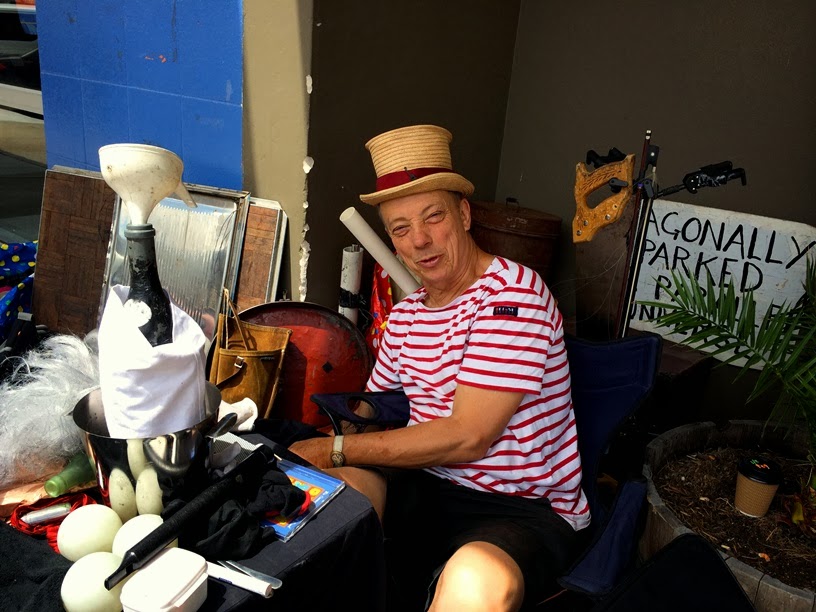 No, not a street stall, none of this is for sale. Mic wrangles his props on Peel Street outside the Albert Hotel front bar... 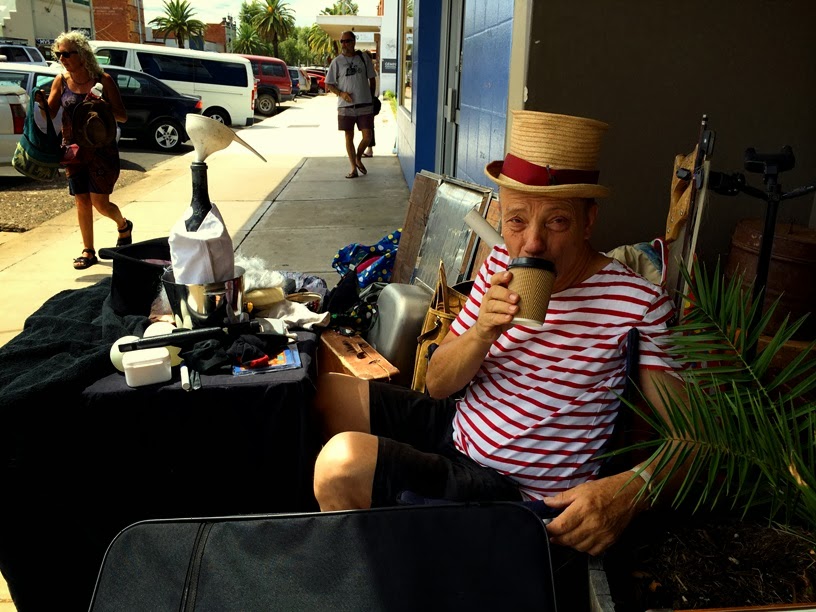 ...with the comfort of caffeine... 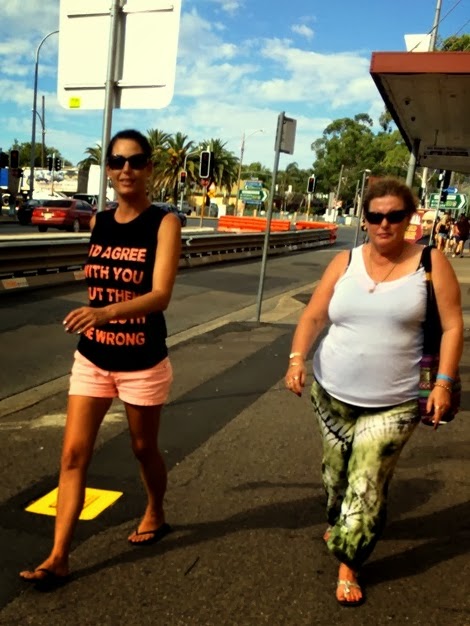 Paparazzi practice. I intended to note this lass's T-shirt: I'd agree with you but then we'd both be wrong. I now have the technological means to write a fancy digital note... or to do THIS. The wonders of this modern age. 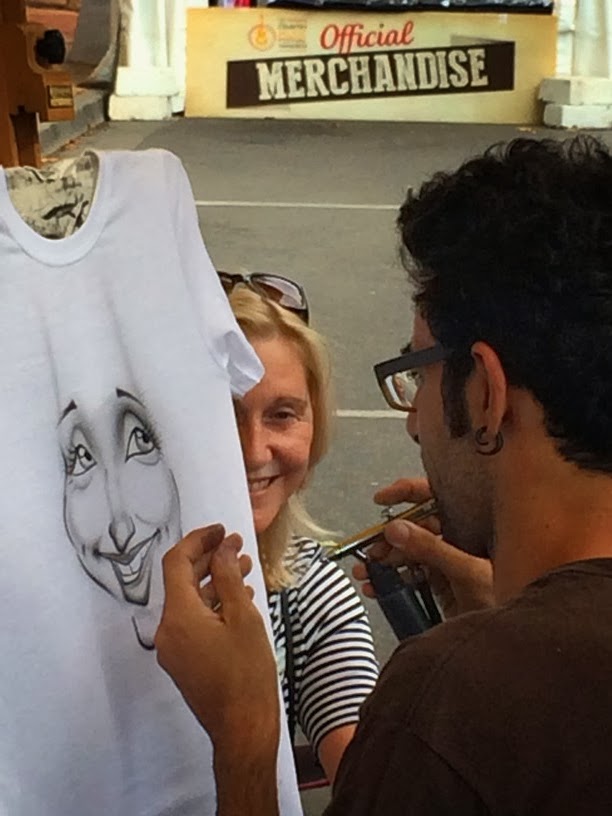 Inkjet art on the street. 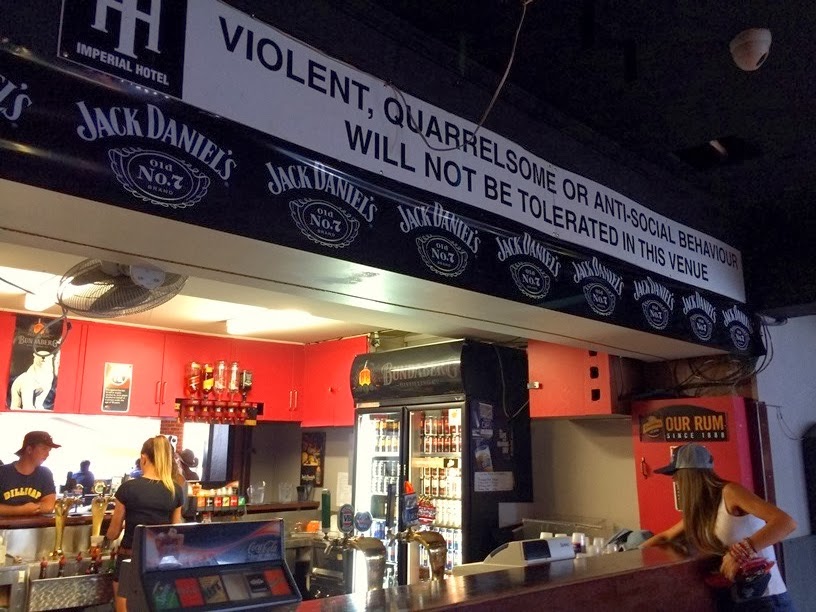 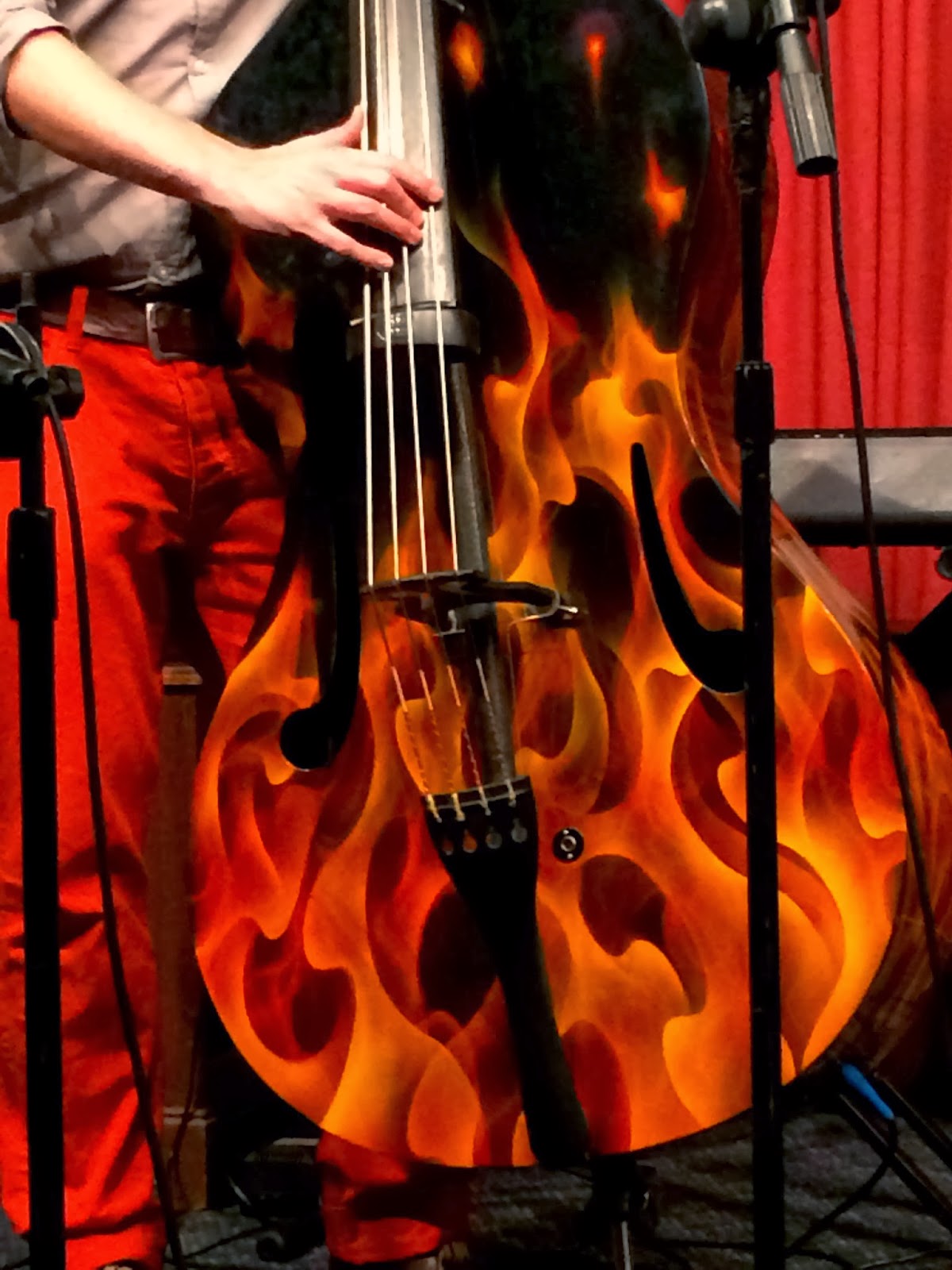