What of Australia's Big Things? It occurred to me that my frequent jaunts the length and breadth of the country were taking me (quite coincidentally) to many of the Big Things, so I decided I should make a half-arsed incomplete effort to point my own digital camera in their general direction. The sensibility and essence of a Big Thing seems to be uniquely Australian (although there ARE surely some foreign Big Things). Part eccentric folly, part celebration of an area's claim to fame, part attempt to create a tourism magnet of varying strengths, to rejuvenate a struggling area or business, to advertise.I personally think uniformity of nomenclature would make things neat and tidy... "Big _____" (insert name of object, person, foodstuff, and so on). None of this "Golden" this and "Giant" that... no, doens't work for me... BIG!!!!How big? Well, since I've rarely bothered to frame myself (or anyone else) in the picture, size references are up to your imagination (or research).
-
The Giant Koala - Dadswell Bridge, Victoria. It was up for auction... "Pssst... wanna buy a koala?" More recently it has been bought, and new white detailing has been added to the koalas ears and chest...
- 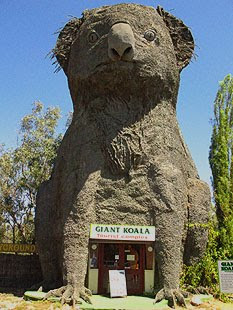 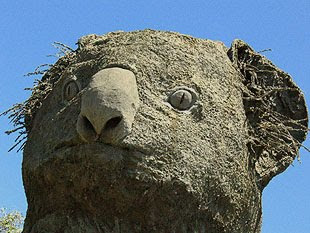 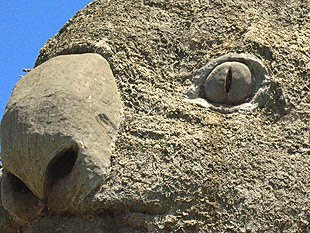 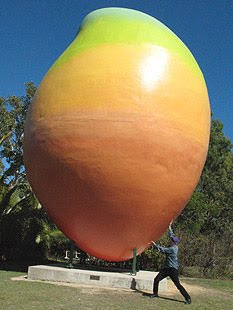 Part of my idea of photographing Big Things when I happen to find myself near them, is to try to snap from some different or unusual perspective, or capture a detail. Easier said than done, and I'm not sure it's worth it, but I've had a go, where practicable! 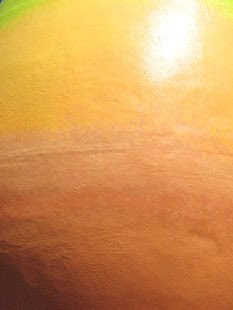 The Big Oyster - Taree, NSW. Designed and made by the same blokes who made the Big Merino (Goulburn, NSW). Not quite as impressive (but not as much to work with in terms of shape as there was with the Merino). Now suffering the 'indignity' of urging would-be tyre-kickers to shell out for a pearler! 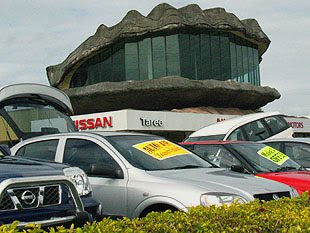 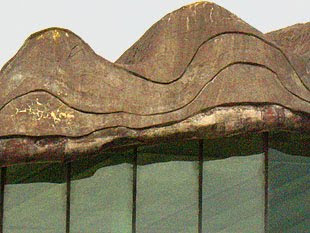 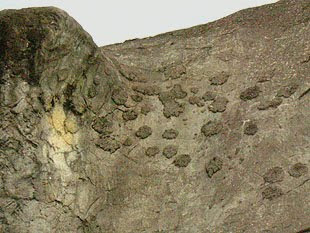 The Big Potato - Robertson, NSW. All the nicknames and disparaging comparisons are obvious to guess. 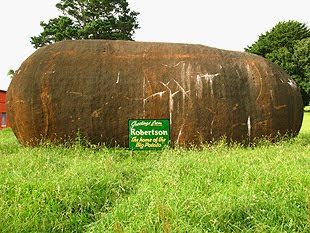 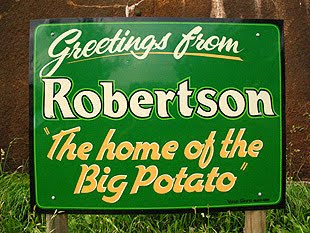 And why not visit the Gift Shop? (Below) 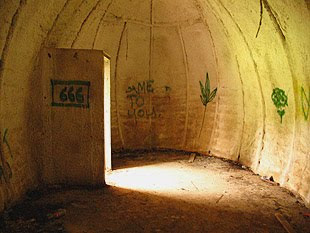 Meanwhile, since such a versatile staple food cannot be celebrated highly enough, I bring you...
-
The Big Spud - Sassafras, Tasmania. Hmmm. Well, we know potatoes have eyes... but do they wear hats? 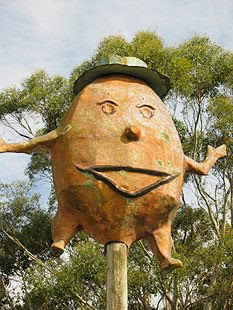 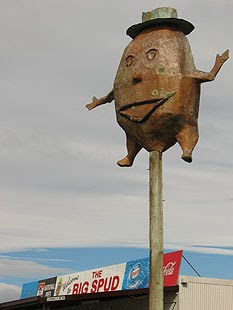 The Big Cane Toad - Sarina, Queensland. The toad, made of fibreglass, started life as a float in a local Mardi Gras-style parade. 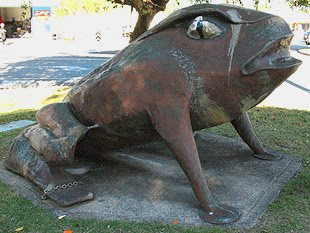 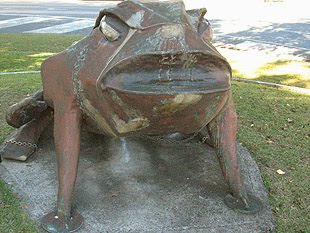 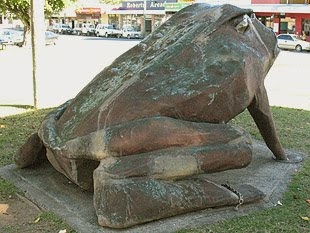 The Big Ned Kelly - Glenrowan, Victoria. Australia's celebrated crimial writ large... My sister lives in this part of the world now... what I haven't told her (understandably) is that I've recently seen not one but TWO letter boxes in my local area shaped like Ned Kelly's famed home-made iron helmet! 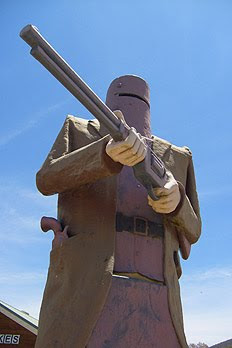 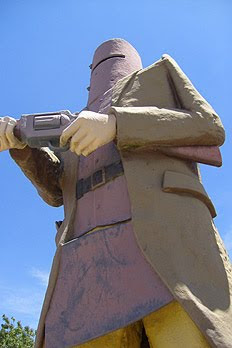 The Big Orange - Berri, South Australia. As glimpsed from the Sturt Highway through the scrubby bushland. 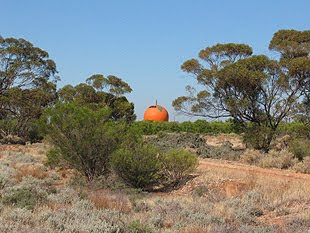 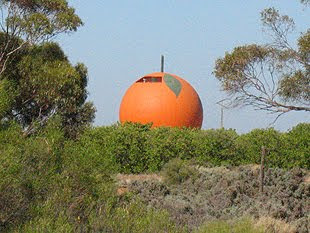 The Big Impostor - Somewhere in the Netherlands. Atop a fish shop, a sizeable crustacean. 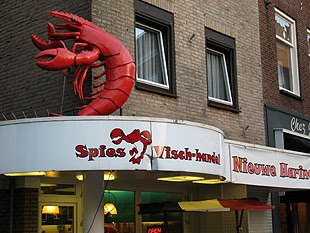 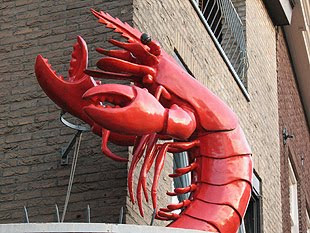