Sydney Body Art Ride 2009. From the archive of photos formerly published on my Geocities website.
- 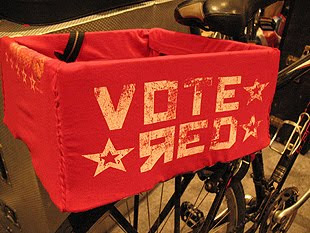 First things first... decorate my bike! True to form I was doing this during the ridiculous hours of the night before (well, the morning of) in my secret lair. I had this T-shirt I got from Vinnies which I thought would slice up well! 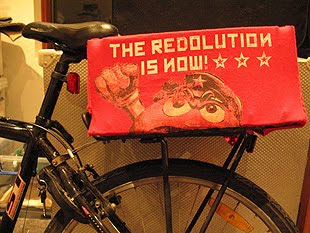 What can be said? The weather was certainly less than clement! But I had committed, and I keep my word. It had been cold and bleak for days, with plenty of rain and wind... and with no scheduled change to the forecast.

Just getting to UNSW for the start of the ride was quite an adventure - navigation on the bike, the weather, and a slow leak in my rear tyre as well. I even 'Euro-styled it*' (rode while using my umbrella) for the last part of my journey to the University, and had so many raincoats and plastic bags! 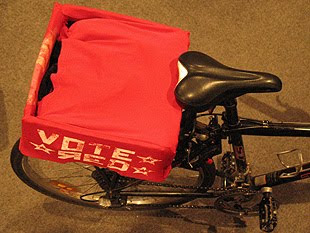 I even added a natty little cover to hide the crate contents... I needn't have bothered, since by the time I'd filled my bag with all the things I wanted to take it was bulging well beyond the top of the crate! 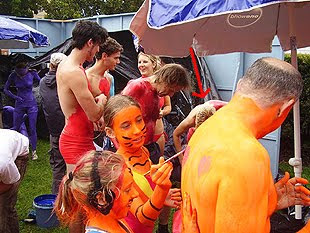 Painting up in earnest... there I am behind Mr Orange. 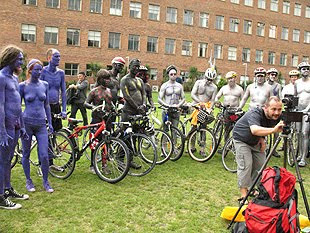 Preparing for a 360 degree shot, that camera on the tripod rotated. 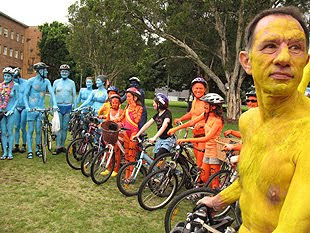 We assembled in colour groups encircling the camera. 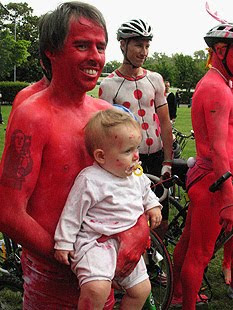 The youngest member of the Red Team with Dad. 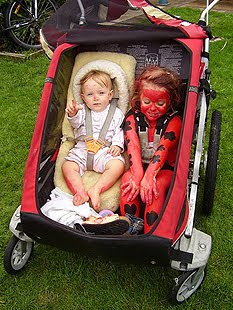 ...and with sister, ready to roll in the trailer. 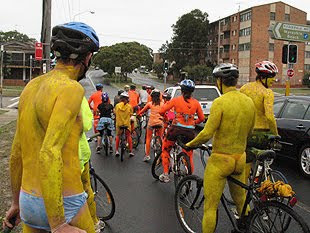 During the ride. Yellow team members' paint a little degraded by another heavy downpour just before we were able to start. 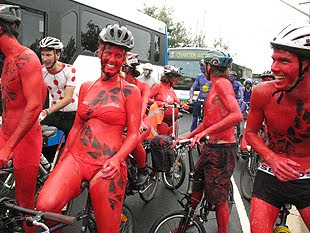 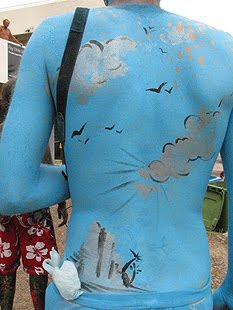 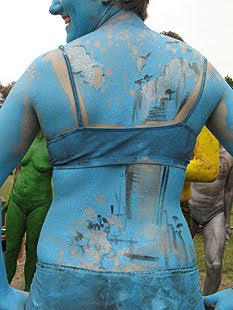 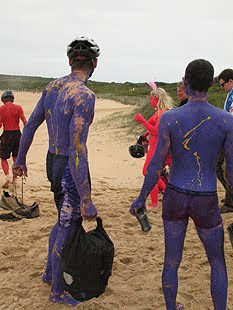 No orderly procession into the water in colour groups this time... the beach was closed when we arrived. Permission was gained to walk to the rocky area right down one end and wash off there (safe from sharks!) So the event almost became a triathlon! 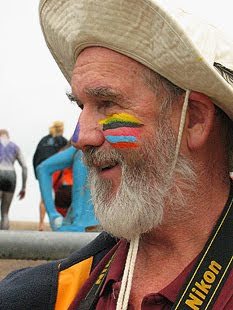 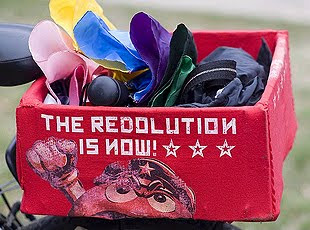 An arty one of the bike at the beach! 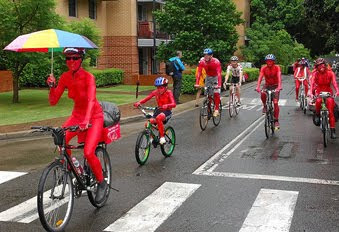 Someone else's snap of me Euro-stylin' it* at the helm of the Red Team. I managed to keep my paint on, using my umbrella as I rode during the light rain earlier in the ride, then more for fun and show, until I folded it up and it broke! 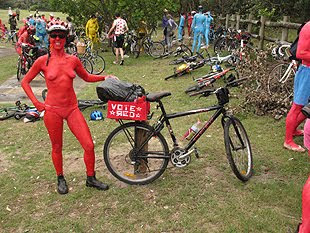 * Euro-stylin' it: My term for riding with a hand-held brolly, since it is really is quite common to see that done in places like the Netherlands.