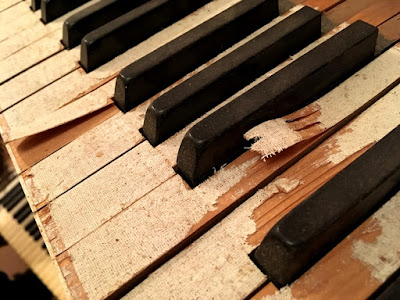 Underneath ivory keytops there is usually a bandage-like fabric layer. Nurse! 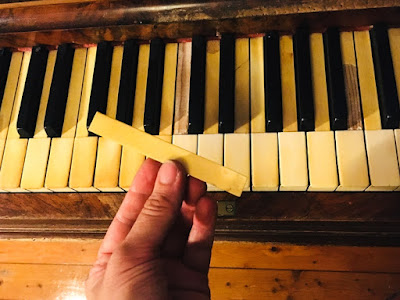 Generally it is the lower part of a two-part ivory keytop which might come off. Here two 'throat' sections were missing (one partially). I found this piece elsewhere in the piano (it's always worth a look). I fixed up C but left the B above it to languish. I had bigger fish to fry during this service call. 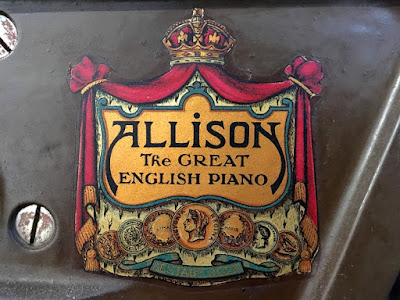 'The great English piano'. The desire of a boss to pound out rock and/or roll in his warehouse office (after all the other creatives had gone home) was dealt a severe blow. 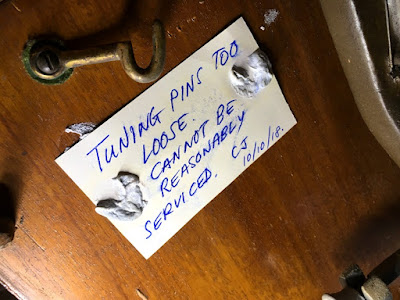 I flipped the carriers' card and scrawled a note. A aged, failing pin block resulting in tuning pins with inadequate torque is almost always a deal-breaker. I detailed the piano's considerable shortcomings (in action, keys, tuning system) to anyone who would listen then reclaimed the rest of my morning. 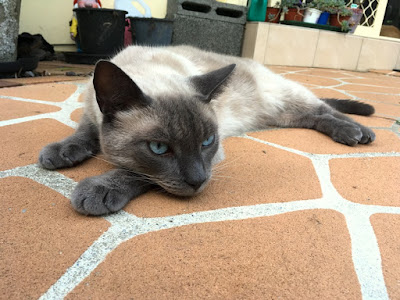 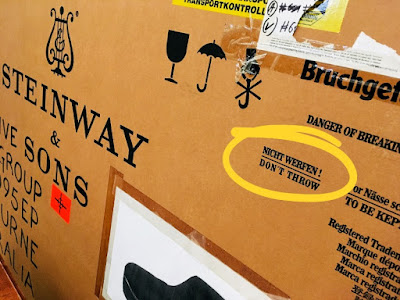 A warehouse sighting. 'Don't throw'. This carton contains a Steinway grand piano. You wouldn't think such a warning was required. Nicht werfen! I must add that to my tuba case. 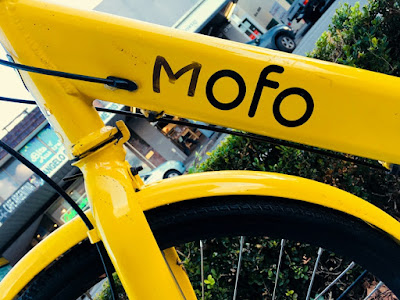 I'm easily amused. The Ofo share bike company is no more in Sydney, but we still see the bikes around. Free bikes, help yourselves. Grab a few for parts and assemble one complete(ly crap) cycle. 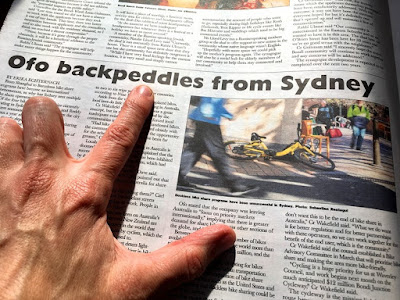 Local press appalls. The word 'pedal' comes up a lot in both the worlds of pianos and cycling. I have double the chance of being pissed off by literacy lackings. 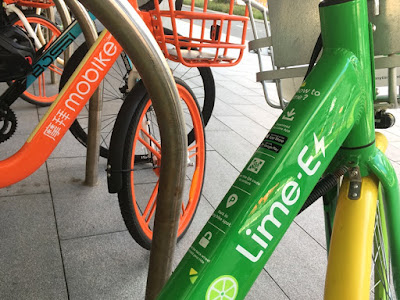 The remaining bike share players in Sydney are Lime and Mobike. I wish them well. I saw Lime scooters in use in Brisbane. Cool. Hey, Sydneysiders, 'nicht werfen', OK? 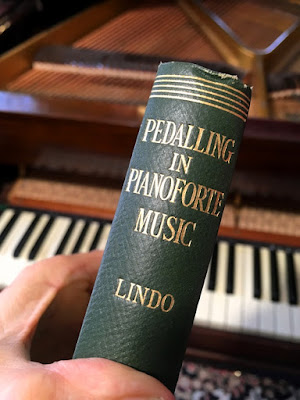 A spine from a time when folk cared (and knew). This book is too esoteric for me but I love that it exists and can be found on a client's shelf. I doubt there's a chapter on myriad frustrating pedal squeaks, creaks and other issues with which the piano technician is forced to grapple. I'd have a go at writing such a chapter only if I were permitted to sprinkle it with swear words. 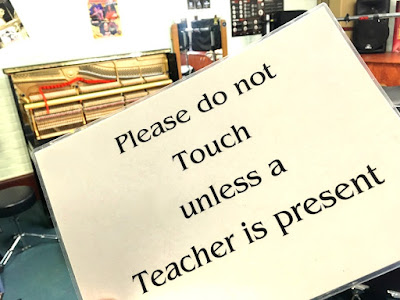 If I wanted to wage war on unnecessary random capital letters, this sign would fit the task to a 't'. I'm overdue for a wrap-up of school days (as a tuner). I chose to disobey the sign and touch the piano in the most intimate and invasive manner. 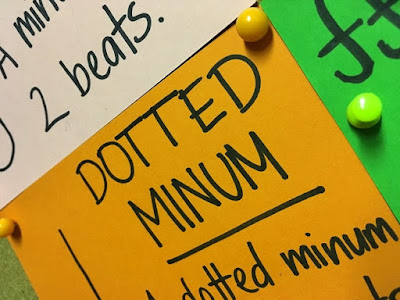 Tales out of school. Someone can't spell 'minim'. I didn't correct, it was just so neat. And no one had been in this room all day - except the pedantic piano tuner. 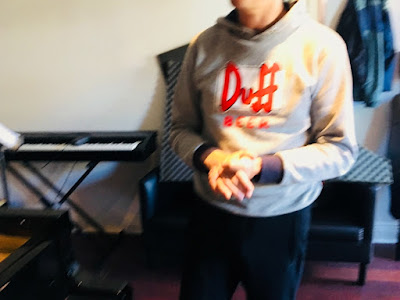 A stealth photograph of my client's hoodie (to show my Simpsons-savvy housemate). 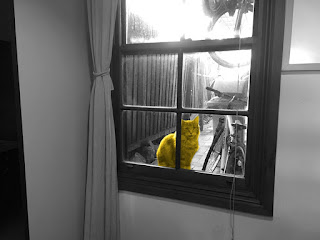 Your cat is so cute. That's not my cat, he said, letting the cat in the window. I explained that I (too) had a mutually-consenting relationship of convenience with my neighbours' cat. 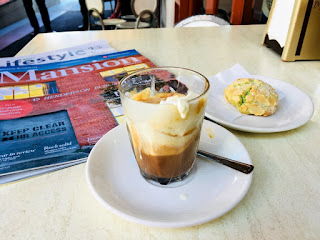 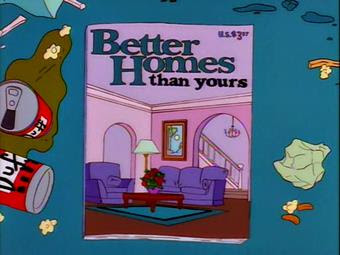 'Better Homes than yours'. Yup. I see amazing houses nearly every day in the course of doing my job. Mansions, for sure. 'Large dwelling houses'. And views. Views! Every second locality in Sydney is somehow on a finger of land with watery wonders never far. I sometimes come home and feel like I'm living in a shoebox, yet my house is not too bad. It's modest, but no shoebox. 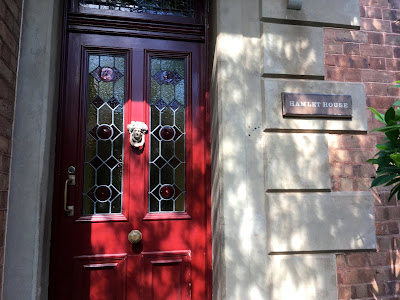 A piano house. If your house is named 'Hamlet House' you're either privileged or a huge fan of Upstart Crow (a TV show I've only just discovered). 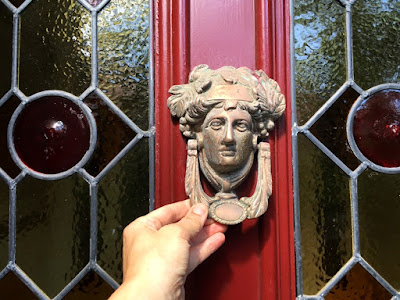 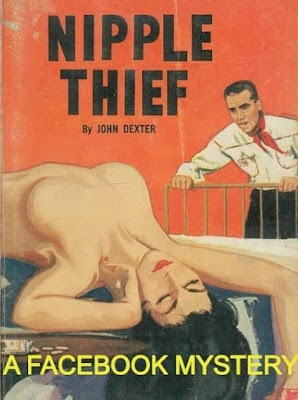 Notoriously prudish, the book of faces, but all manner of violent hate thingies are apparently fine. 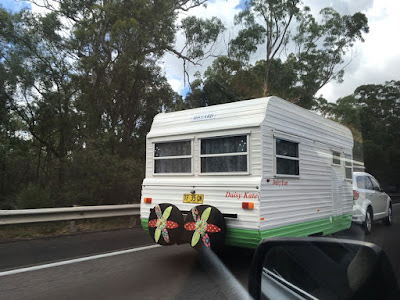 Hey, I think I might have found the thief. 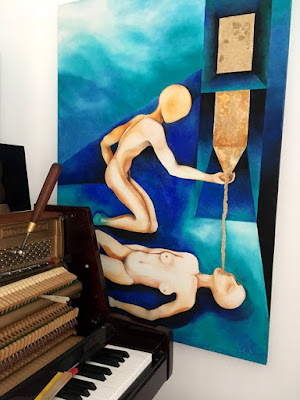 No one's stealing nipples at my piano jobs. They were as plentiful as piano strings in this intriguing home (not the Upstart Crow house). 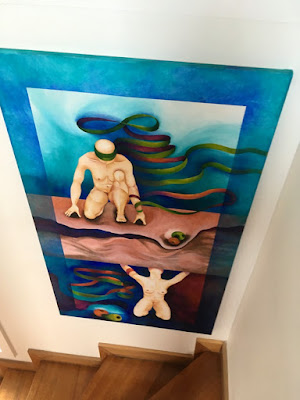 I scaled the stairs trying to find the client at the end of the job. More and more nipples, erm, I mean artworks. 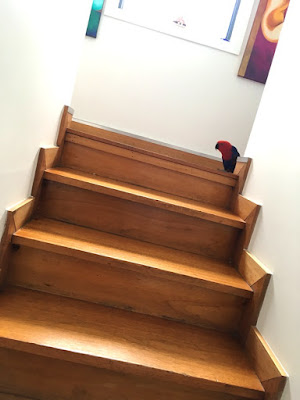 At the top of the stairs I found the family's eclectus parrot. I must admit I was feeling a little spooked. I had learned that the parrot knew 24 words but it was completely silent as I neared it. 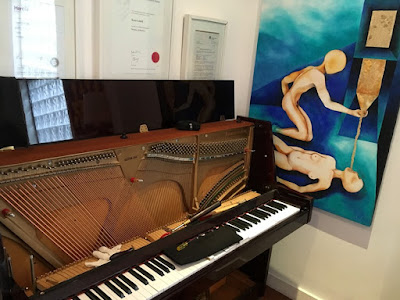 I returned with a replacement bass string (for one that I had been informed was broken before my first visit). The gleaming highest monochord is the new string. B flat 14 is restored, to the client's delight. I heard the parrot impersonate a mobile phone ringtone (of the type that no phones have nowadays). So some of the parrot's words are sound-effects. Intriguing (and noisy). 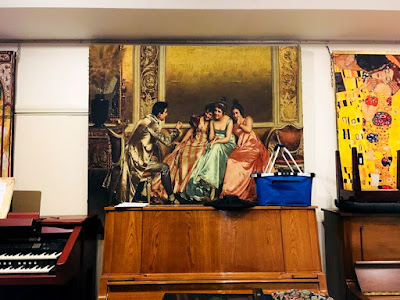 Another collection of pianos and art. This is probably a famous work, but I don't know it. I'll call it Man Mansplains until further notice. 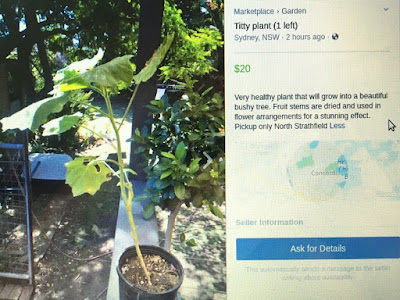 'Titty plant'. Now this is just getting ridiculous. This listing barely makes sense. But the seller has at least listed their suburb. Too few bother with that detail, which is annoying. Sydney is a bloody big place. If I were to consider viewing the famed titty plant I'd only be prepared to travel to the next 'burb over, not to the the edge of the greater metropolis. 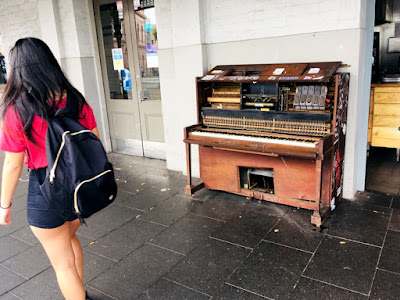 A pensioned-off player piano has been installed outside Newtown Station. 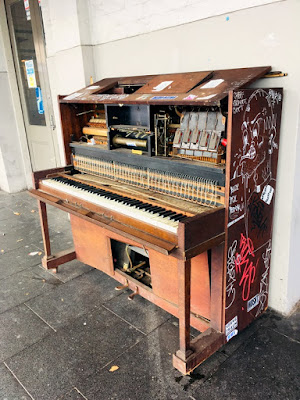 It really looks like it could punch a hole in your train ticket. I remember when you could travel an octave-and-a-half (return) for sixpence. Player pianos were the epitome of fair-dinkum steam punk (before the latter term had been fabricated). Every part can be restored, but (generally) would one? Could one? Should one? Worthy restoration means replacing, rejuvenating and regulating all the piano's normal acoustic systems, AND all the tubes, bellows and crazy whatnot-widgets. Not for the faint-of-wallet. It's generally not done.

More often if a player piano is limping along acceptably (with a healthy tuning system and not-too-dire action and keys) but the player bits have had it, they can be removed. Permanently. This improves a technician's access for all other 'normal' tuning and servicing needs immeasurably.

In just such a removal, begun by the client and furthered by the Caped Regulators, I souvenired a worthy widget to show you, Gentle Reader. 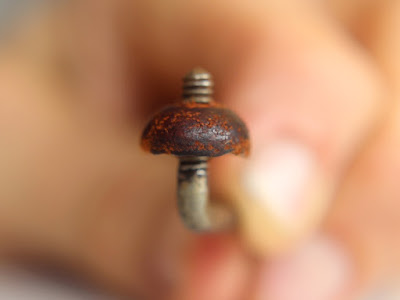 Throughout the player* mechanism there are complex systems of rods moved by levers and chains. The many fine metal rods are kept where they should be (but able to move) with quaint (yet highly functional) threaded leather nuts. Who'd've thunk it? (Hey, did I just invent a legitimate double-apostrophe?) Don't google 'leather nuts' - it's just a hunch.

These nifty little doodads deserve their moment in the sun. The leather nut pictured above is just under 11mm in diameter. It is amazing that these bits still do their job 100 years on. The metal rods were quality, too, as was all the hardware. There was none of your 'pot metal' crap back then.

To remove player parts it is necessary to de-couple all sorts of weird thingamies. You unhook chains from cogwheels and tubes from other tubes. Screws, nuts. Then you lift a great big bloody heavy thing out of an even heavier thing. Nightmarish, to be frank.

I hope I haven't bombarded you with too much technical jargon. 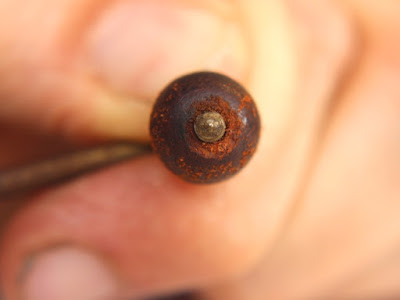 Now let's view this wonderful widget from an angle which ought to stimulate Facebook's famous fig leaf fogeys.

* Folk regularly say Pianola to mean player piano. Not a problem, but it's akin to saying biro, hoover, xerox - you get the idea.